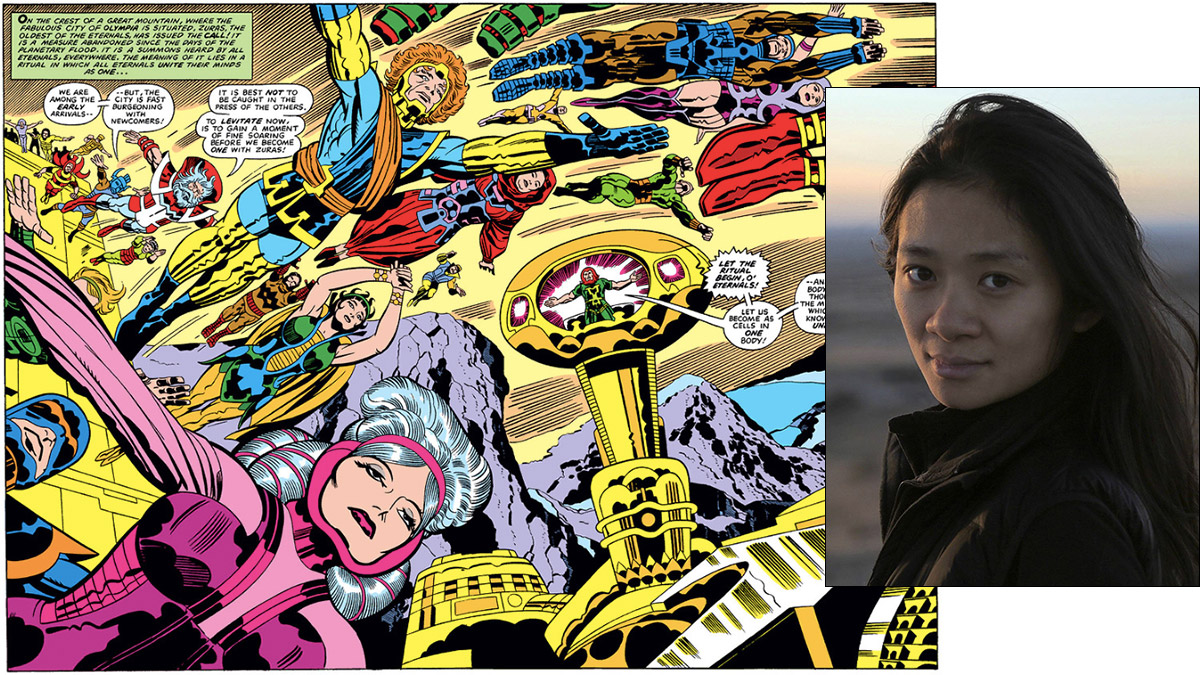 Hot off the heels of the first Captain Marvel trailer hitting last week, fans now know who will ultimately be directing The Eternals, a project that could very well go on to be one of the most ambitious movies in the Marvel Cinematic Universe (MCU) to date. The Rider filmmaker Chloe Zhao has been selected to helm the project.

THR added a few interesting details, stating that “one aspect to the story involves the love story between Ikaris, a man fueled by cosmic energy, and Sersi, who relishes moving amongst humans.” The site also added that “the project also allows Marvel to assemble a diverse cast of various shapes and sizes” and that Zhao was also previously in the running for Marvel Studios’ upcoming Black Widow film before the directing gig went to Cate Shortland. Aside from Zhao, THR adds that other directing contenders for The Eternals included Bumblebee‘s Travis Knight, Watchmen pilot director Nicole Kassell and Birds of Passage duo Cristina Gallego and Ciro Guerra.

While I’ve personally yet to see either of Zhao’s previous films (The Rider and Songs My Brother Taught Me), a quick read up on both works seems to indicate a continuation of Marvel Studios President Kevin Feige’s ongoing trend to select up-and-coming directors from the indie scene for many of the recent MCU films. However watching the trailer for The Rider and looking into the sheer level of critical acclaim that particular film received indicates to me that Zhao may be one of the most ambitious choices Feige and company have made for the MCU yet.

What do you think? Are you excited for The Eternals? Be sure to leave a comment below!

Previous post Box Office: THE HOUSE WITH A CLOCK IN ITS WALLS Ticks its Way to Number One!