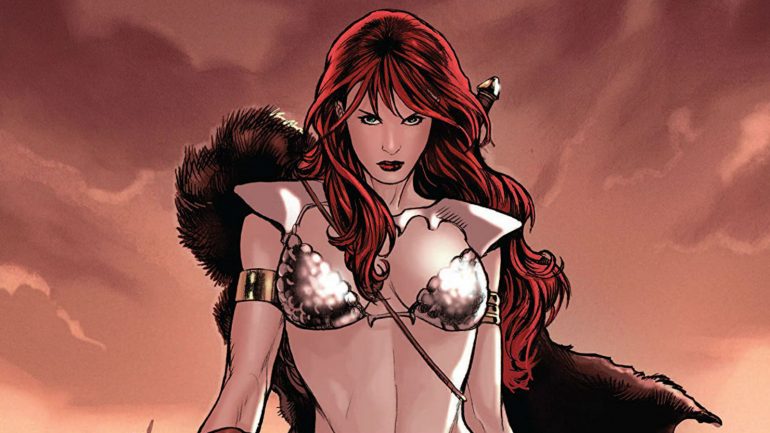 Bryan Singer has a history of looking at the projects he grew up on for big screen adaptations. Aside from his work on the X-Men franchise, where he directed four films over a span of 16 years, he also directed Superman Returns, tried (and failed) to make a Logan’s Run remake, and has long-flirted with a new adaptation of 20,000 Leagues Under The Sea. According to a new report, there’s another classic property that Singer is preparing to take a swing at: Red Sonja.

As per The Hollywood Reporter, Singer is in talks to direct a planned Red Sonja reboot being developed over at Millennium. The studio is looking to capitalize on the current positive wave of support around the idea of female-centric blockbusters following the stunning success Warner Bros. had last year with Wonder Woman, and- considering Robert Rodriguez never managed to get his long-planned Red Sonja off the ground- they’re looking at the Conan The Barbarian spinoff to do just that.

THR says Singer would get paid “top dollar” if he accepts the gig, which would be his follow-up to Bohemian Rhapsody- the Queen biopic that comes out on November 2. Singer had to leave that Fox production after becoming embattled before the film was completed, but will still be billed as the film’s director.

Singer has made headlines in recent years thanks to several controversial allegations made against him, but Millennium seems to think the accusations are much ado about nothing since no criminal charges have been filed- meaning they’re all just hearsay and tabloid fodder for the time being. The fact that they’re ready to bet big on the director’s services shows you they have no real concern that any of it will be proven true.

No word yet on when we could see this new Red Sonja, who began her life in literary form as Red Sonya in works written by Conan creator Robert E. Howard, before getting her own cinematic treatment in a 1985 film directed by Richard Fleischer and starring Brigitte Nielsen.

What do you think of this new Red Sonja possibly being directed by Bryan Singer?

Next post Here Is The First Trailer (And Poster) For CAPTAIN MARVEL!