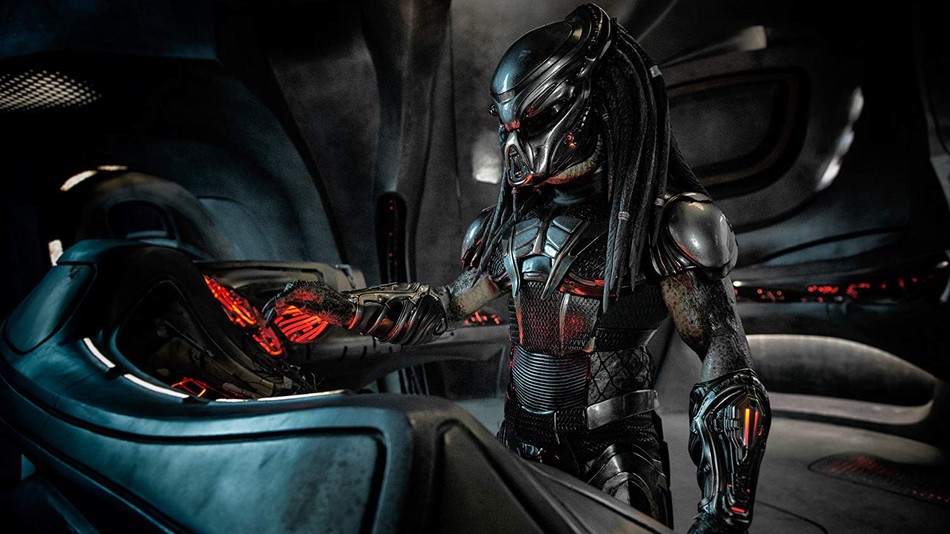 Last week, our very own MFR wrote a review on Shane Black’s The Predator, describing the latest entry in the franchise as being “a fun, mindless way to kill a couple of hours,” but added that it was also the first film he’d seen from Black that felt “completely hollow.” While I’ve yet to see The Predator for myself, I’ve heard similar complaints elsewhere as well as criticism aimed at the film’s third act for being “messy.”

Which makes a lot of sense, judging by BirthMoviesDeath’s latest report on the film. According to the site, Black originally intended for a drastically different ending than the one that made it to the big screen this past weekend.

The site describes the contrasting endings as such (Again, Spoilers Down Below!):

“In Dekker and Black’s original screenplay[…], McKenna, his son, Rory (Jacob Tremblay) and Casey Bracket (Olivia Munn) have all just survived the final attack of the Super Predator (referred to as “The Upgrade” in the script) when a helicopter lands. Out climbs…Dutch Schaeffer (Arnold Schwarzenegger), his “face haunted; etched by pain.” Dutch tells the trio to come with him, and when Rory asks, “Uh…me, too?”, the franchise’s second-most iconic badass smiles and says “Especially you.”

As I said, I’ve yet to see the film. In fact, my dad is actually watching it in the theaters as I’m typing this article. While I have no idea what he will ultimately think of the final film right now, I think it’s a safe bet that he would much prefer the script’s ending than what’s waiting for him in that theater. Much like myself and probably a large number of fans of the original film for that matter.

As for why the ending was changed, a look back into a Yahoo! Movies interview with Arnold Schwarzenegger from Spring 2017 reveals why he opted not to return as Dutch for The Predator. The actor stated at the time, “They asked me, and I read it, and I didn’t like it — whatever they offered. So I’m not going to do that, no. Except if there’s a chance that they rewrite it, or make it a more significant role. But the way it is now, no, I won’t do that.”

While obviously we’ll likely never see Schwarzenegger return as Dutch, it’s interesting to think of what might have been. Whenever I do get around to seeing The Predator, it’ll be hard for me not to wonder if Black could have incorporated Dutch into his story more prominently without starting over from scratch, especially considering MFR’s point on the characters apparently feeling quite two-dimensional.