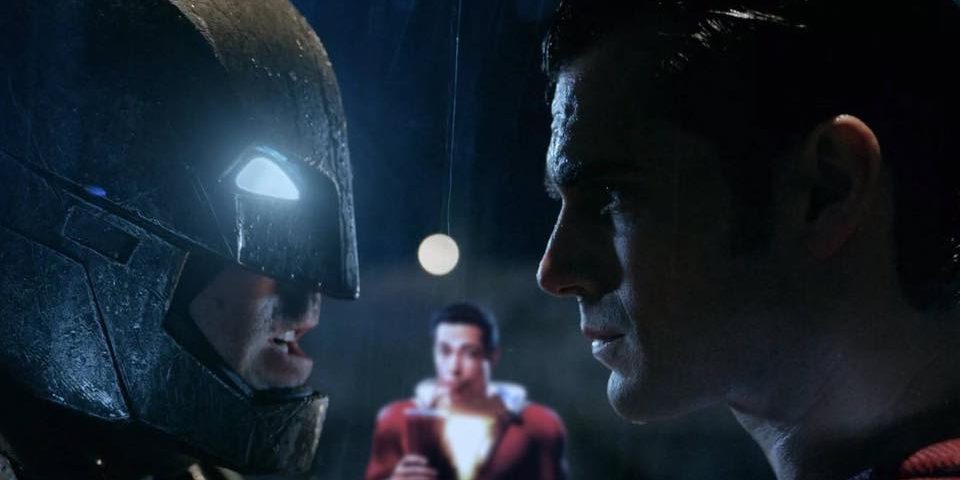 I reported last January that there were plans to have Henry Cavill’s Superman pop up in next year’s Shazam! It’s something that had been whispered about for a bit, dating back to when Omega Underground revealed last year that there were references to Superman in the audition tapes for David F. Sandberg’s DC film, but I’d gotten confirmation that there was- indeed- a scene planned where Cavill would appear in some capacity.

Yesterday, as part of the big confusing brouhaha that was the supposed exit (and re-entry?) of Cavill from negotiations to stay on as Superman, The Hollywood Reporter confirmed that old scoop about a cameo being one of the things being discussed as both camps try to figure out how to proceed from here.

Then Umberto Gonzalez, of The Wrap, went on to outline what the cameo would’ve been on his Instagram:

“For what it’s worth, the Superman cameo in Shazam! was supposed to be Clark at the end of the movie meeting with Billy Batson, the kid who [turns into] Shazam, telling him ‘Hey, we’re gonna keep an eye on you,’ that kind of thing.”

This backs up what I’ve been telling listeners of The Fanboy Podcast for the last few months, namely that the cameo was mainly just a bit of fan service that would’ve been saved for the end, it would’ve been between him and Batson (not Shazam), and would’ve felt, tonally, like the Superman/Flash race from the end of Justice League. Basically just a neat way to show the impact he has on the younger heroes in the DC Universe.

Now that’s all up in the air, of course, as the negotiations- which were once seen as a total formality- have taken an unfortunate turn. I continue to hear that it’s Cavill’s manager, Dany Garcia, that the studio blames for spoiling things, which is a shame. It seems like Henry would’ve been happy to sign a reasonable extension, but was then convinced that he deserved greater power and influence over all things Superman, which is what led to him and the studio being at odds.

After yesterday, though, one thing’s for sure: Who ever leaked that information to THR really rattled things. If both sides left that meeting two nights ago that I referenced yesterday thinking it was all over, there’s certainly some renewed energy around the idea of finding a reasonable compromise now.

Previous post RTF Film Review: ‘MFR Says THE PREDATOR Is A Fun, Mindless Way To Kill A Couple of Hours’