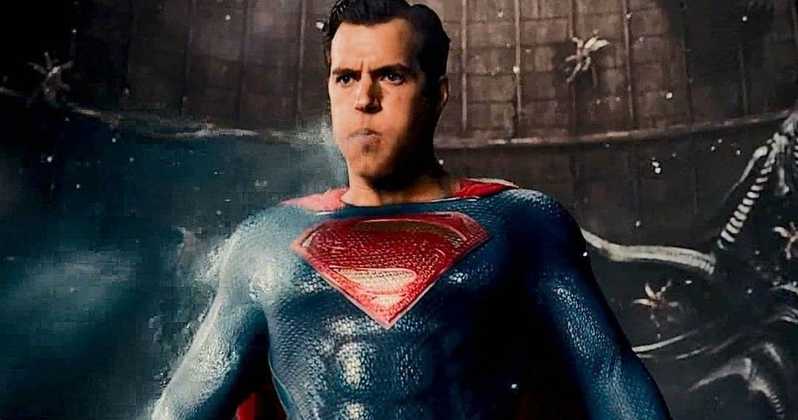 Listen: If it’s true that Henry Cavill’s days of Superman are over, I’m done. Like Superman above, the news blows.

What’s the point of carrying the torch for these films any longer? Every bit of my fandom has been for naught — screams echoing deafly in an endless void. WB clearly does not care. They listen selectively; they make hasty and half baked changes; and they are too cowardly to stick to a coherent vision or plan.

I can’t just simply accept they’ve turned some kind of corner. How can I when it’s been communicated that Superman — SUPERMAN — is not a priority for them?

Hamada may have cleaned out the skeletons from the closet, but that doesn’t alter the fact that a lot of bodies have been poorly buried.

We all witnessed the murders. We were Jerry, Elaine, Kramer, and George watching as suits victimized director after director. But we’re not culpable for failing to act. They are for doing so in such a haphazard and reactionary manner.

With Justice League, they literally mutilated a movie to shoehorn in a more “friendly” version of Superman. They could’ve delayed the film or hired a new director, one with a less divisive approach. Nope. They just soldiered on before deciding at the eleventh hour to reshoot the film in as sterile a manner as possible.

It was painful, but I accepted the massacre of Justice League.

I ignored the ill timed quips and the effects that ranged from passable to groan inducing; I recovered from losing Zimmer’s masterful score; I made peace with them trimming the run time to under two hours, losing much of the trailers in the process; and I survived the horror of being force fed poor Henry’s butchered face on a vertical cell phone camera; but if we knew that trading all the great we had for the mediocre we got in return was never going pan out, the internet would’ve imploded. And rightly so.

I accepted all of those issues with the assumption that it would lead to better things.

That belief — the hope that came at the end of that meandering train wreck — has now drifted away, fluttering in the wind without the wondrous red cape at its side.

I don’t want to beat the same drum, but it must be restated: We’re swimming in Harley Quinn scripts like friggin’ Scrooge McDuck in his money vault, but there’s nothing for Superman. Really? This must be purgatory, right? I’ve died and I’m just unaware of how or when. The rest of my days, Suicide Squad will play on a screen the size of the moon, all the food will taste like White Castle, and a copy of the completed Snyder Cut will dangle just out of my reach.

Throwing further salt in my wounds, we now hear that Supergirl is their priority. That’s all fine and dandy, but there is no evidence, not a single shred, that indicates that Supergirl is going to draw more at the box office than her cousin. I’m all for Supergirl getting her moment on the big screen, but that should not come at the cost of Superman. They can actively be working on both of those movies. They’re not mutually exclusive properties.

It could be argued, and I would say rightly, that having Superman around could only bolster her. Just look at how the CW show has weaved in Superman from time to time.

Yet it seems that is not going to happen. Superman, the version that ushered in this era of DC films, will leave us without even a goodbye. I guess I’ll just have to force myself to believe that he and the Flash got lost on their way to the Pacific.

It’s unfair to us as fans to have to suffer this again. By all accounts, no matter your thoughts on the movies, people loved Cavill in the role. He was our Superman. To have him ripped away from us just seems cruel.

What is most troubling about knowing he’s gone is the understanding that the enduring image of this Superman for many will now be mustache memes and poorly constructed Martha jokes. The character and Cavill deserve better.

So if this is truly the route they plan to take, let’s make the Snyder Cut happen. Prior to them parting ways with Cavill, there was already an enormous ground swell to free the proper conclusion to his arc from its entrapment in the film Phantom Zone. Let’s put on the full court press. They need to know that our Superman’s legacy will not be lazy rewrites and muddled effects.

Hear us, WB, take whatever money was going into Cavill’s contract and give it to Snyder to finish his film. If not, I can safely say that you will not receive another dollar in support from me.

CONTINUE READING: “Henry Cavill Out As Superman? Let’s Sift Through The Debris…“

Previous post Henry Cavill Out As Superman? Let’s Sift Through The Debris…