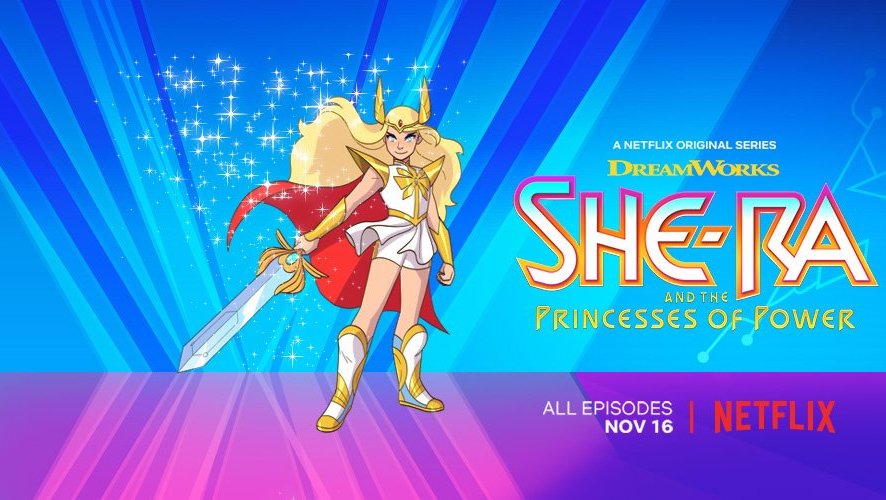 My connection with both He-Man and She-Ra is admittedly quite limited. However, I recently became interested in the upcoming She-Ra and the Princesses of Power reboot that DreamWorks Animations and Netflix are releasing in November. That was due to the initial set of screenshots, released in July, causing one of the more pointless and embarrassing (male) fandom meltdowns I’ve seen this year.

Putting aside the various names attached to the show, I’m always excited to see a potentially great new animated series join the foray, be it for adults or children. Consider the emotional beats and twists of the first season of the Ducktales reboot- that’s legitimately good storytelling regardless of what age group it’s meant for it. Plus the new She-Ra series has a nice style to it that I think helps it stand apart from other contemporary shows like Steven Universe or Star vs the Forces of Evil. It clearly shares the same anime influences, right down to the likes of Sailor Moon and Revolutionary Girl Utena informing the aesthetic of the show.

While fans will have to wait another two months to actually see the new show, DreamWorks have finally released their first teaser trailer for She-Ra and the Princesses of Power, which you can view below.

Overall the teaser is straightforward, showcasing a scene that feels like a cross between “Moses talking to the Burning Bush” and “Arthur pulling the Sword from the Stone.” In the clip our lead protagonist Adora stumbles upon a mysterious sword as a disembodied voice tells her that “balance must be restored” and that it is time for her to learn of the power she holds inside and what destiny has in store has in store for the young woman. From there, the teaser caps it all off with a Sailor Moon-inspired sequence as Adora transforms into her titular counterpart She-Ra and cries out, “For the Honor of Grayskull!”

All in all, it’s not much to go on, but I really dig what we’ve seen so far. Provided that the showrunners are able to reimagine Adora’s original backstory effectively in this first season and are able to really sell this iteration of the cast, I think the new She-Ra show will find a lot of fans quick.