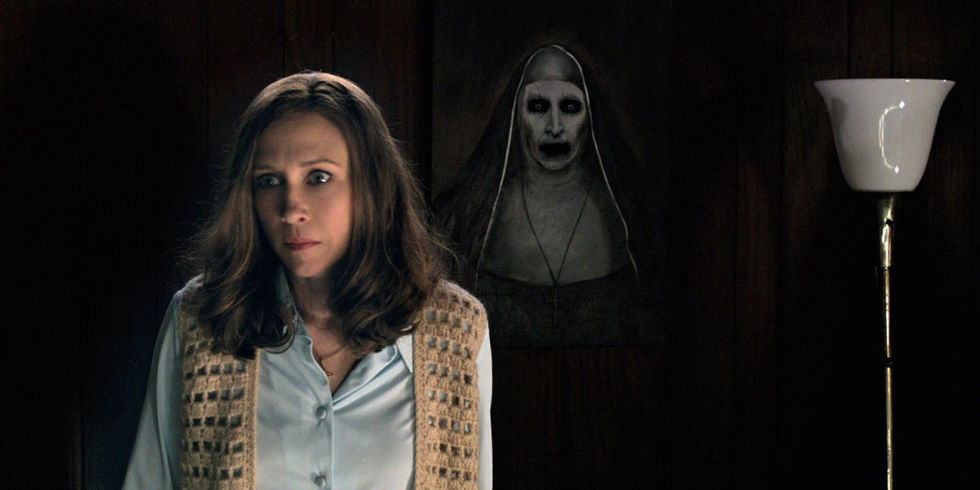 This horror universe that James Wan has built is quite something. The latest entry, The Nun, is doing well at the box office. So naturally, studios want more. More will be in the form of The Conjuring 3.

Cinemablend talked to producer Peter Safran, who said production for the film will start next year.

“It’s actually coming along great. David Lindsay Johnson is working on the screenplay, and I feel pretty confident they will have that one up and running next year.”

Safran has produced all of the Conjuring movies so far, so he is definitely in the know about the development of future sequels. David Lindsay Johnson also wrote The Conjuring 2 so if you liked that one, it sounds like the sequel will be in good hands.

It is expected that Patrick Wilson and Vera Farmiga will return to the franchise. What is not known is if James Wan will return to direct. He is quite busy with other projects, like producing the Swamp Thing TV series for the DC Universe streaming service.

The first film released in 2013, then the second in 2016. There will be more than a 3 year gap between 2 and 3, but that is because the franchise (which consists of the Conjuring movies, the Annabelle movies, and now The Nun) has been rapidly expanding. Safran says we can expect the movie in 2020.

There are already discussions of The Nun 2, and Cinemablend notes that Wan has never actually completed a trilogy. So The Conjuring 3 would be the perfect opportunity for that.

I haven’t really explored this franchise much, but I know a ton of people who enjoy these movies. Its good that it is thriving, because it shows that a shared universe is possible without a big property. You just need a strong story, and a rich universe that it takes place in, and you can be on movie 5 in 5 years.

Are you excited for The Conjuring 3? Do you want James Wan to return to direct the film?