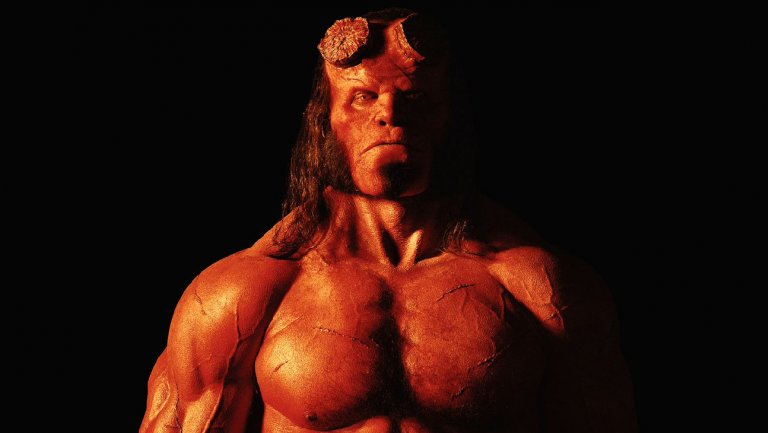 The New York Comic-Con (NYCC) twitter feed recently posted news that the cast of Hellboy will be brought together for a panel October 6. Between that and the fast approaching release date, fans are thinking that we will get some footage- if not a trailer- for the upcoming reboot at the convention.

As of today, we are four months away from the January 11, 2019 release of Hellboy. To date the Neil Marshall’s Hellboy reboot has only released one official look at the character on September 2017. Although it may seem unusual to not get many leaks or media frenzy for comic book movies these days, Hellboy has the luxury of being a moderately recognizable character in an imprint many know nothing about.

While we’ve heard wonderful things about the script- which Andrew Cosby apparently did such a great job with that he was given the job of developing a series based on the Diablo games for Netflix- we simply haven’t seen or heard anything else about the film.

Hellboy had two previous theatrical outings, both directed by the ever so wonderful Guillermo Del Toro.  Hellboy graced cinemas in 2004 to moderate financial success and critical acclaim. This success prompted Universal to step in and produce a sequel. Hellboy II: The Golden Army was a success both critically and financially, although it had very tough competition. The Golden Army faced the toughest competition it possibly could. The film released in summer of 2008, which may have been one of the most important summers in super hero cinematic history. That summer saw the release of – then unnamed- Marvel Cinematic Universe’s first entry Iron Man, and a month later, The Incredible Hulk. That summer also saw the return of a twenty-year old dormant franchise Indiana Jones and the Kingdom of the Crystal Skull, and a few other blockbusters, but The Golden Army’s competition didn’t arrive until after its release. July 18, 2008 saw the release of the biggest super hero film thus far, the mass media frenzy that came along with it, the positive buzz, and the weeks of remaining number one at the box office. One week to the day of Golden Army’s release saw the release of Christopher Nolan’s much anticipated Batman Begins sequel, The Dark Knight.

The Golden Army had a 70% drop in its second weekend. The franchise doubled its budget but did not ignite the box office like Iron Man or The Dark Knight. Universal let the potential third entry fall into limbo and be forgotten long enough to recast the series and bring in a new creative team. Hellboy is a unique property and its release may be a fresh of breath air in the comic book movie landscape. Mike Mignola’s previous comments shed light on the direction the reboot will take, and with those mixed in elements of horror, this film should be promising.

Hellboy sees David Harbour in the title role, replacing Ron Perlman and Ian McShane as Brutteholm replacing John Hurt. Harbour’s most recognized work is in Netflix highly successful Stranger Things series, while McShane can be seen on Neil Gaiman’s American Gods for Starz. Hellboy is currently slated for January 11, 2019 release with its biggest competition this time around being Glass, the threequel to M. Night Shyamalan’s Unbreakable.

It seems a safe bet that a trailer will, indeed, be debuted during NYCC weekend. If they don’t release one, then you have our permission to panic. But with that said, our EiC Mario-Francisco Robles has heard that the film is pretty darn cool and features some stuff sure to drive hardcore Hellboy fans crazy with delight. So we’re looking forward to this. How about you?