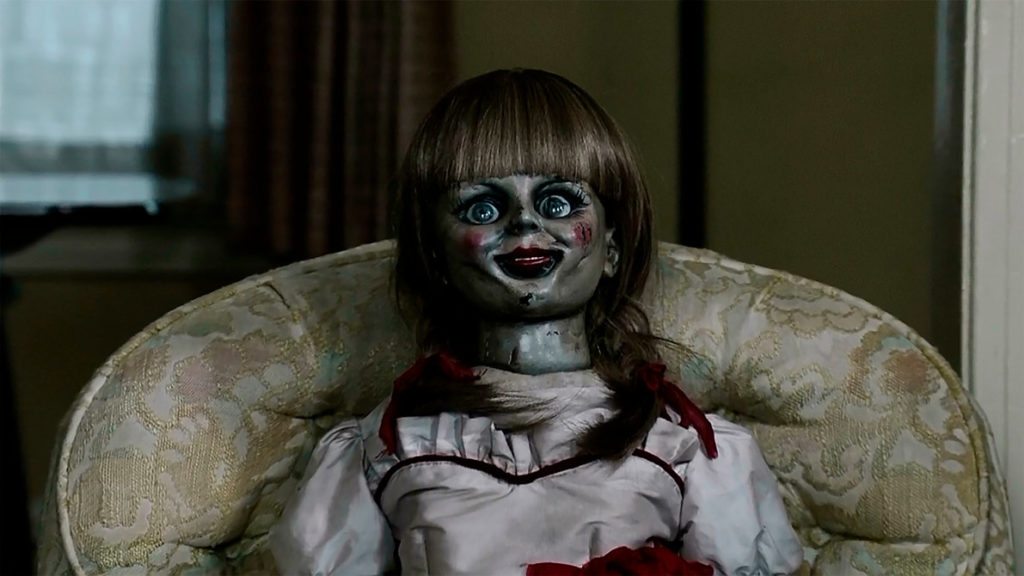 Last week I wrote about the Conjuring Universe and early box office predictions. Boy did The Nun exceed expectations! On the heels of The Nun’s success, the film’s screenwriter Gary Dauberman lets slip a few details about the next Conjuring Universe film, Annabelle 3. Dauberman returns to the franchise this time as writer and director for Annabelle 3, and informs us that unlike the prequel entries Annabelle, and Annabelle: Creation, this third entry will take place in the present.

Here’s what Dauberman told Slashfilm about the third Annabelle:

What’s interesting to note from Dauberman’s statement is that the film will not only take place in the present but will do so in the home of “the Warrens,” where this series began. Will Patrick Wilson and Vera Farmiga return to the series? Wilson and Farmiga were last seen in Conjuring 2, but with the series coming back to the “Warren’s home” one would expect their return, although Dauberman remains coy. If so, will they stick around for Conjuring 3? Another interesting note is Annabelle 3 will now finally cross over into the main Conjuring Universe series for the first time since the deadly doll was introduced in the first film.

Wilson and Farmiga will next be seen in in two other Warner Bros shared universe film series. Farmiga will next be seen in next summer’s Godzilla: King of Monsters, and Wilson in this winter’s Aquaman. The MonsterVerse will premiere its third entry in this new shared universe, which was preceded by Godzilla and Kong: Skull Island, next year. Worlds of DC will release its sixth entry in hopes to reconfigure their shared universe to greater critical acclaim and away from the negative press it has fallen victim to for the past few entries. The Conjuring Universe is currently the most lucrative shared universe for Warner Bros, producing nearly 13 times more than its budget.

It’s obvious with this past weekend The Nun exceeding box office expectations, The Conjuring Universe is here to stay. Along with Annabelle 3 being up next, Conjuring 3 follows shortly, and The Crooked Man also in development.

The Nun is currently playing in theaters and stay tuned for more news on Annabelle 3. If you are a fan of the series or a fan of horror genre, go and support it. Give us your thoughts on comment section below or on Twitter.

Next post RUMOR: Jordan Peele To Produce A CANDYMAN Remake