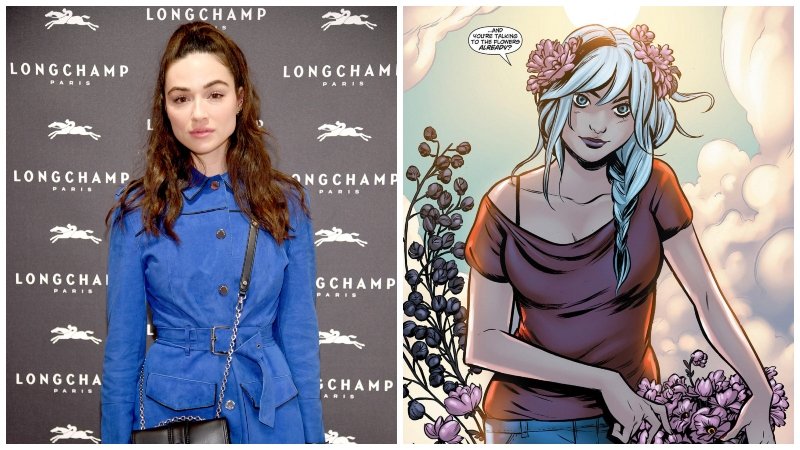 Following details of DC Universe’s upcoming Swamp Thing series pilot episode and director being revealed last week, an important character has been officially cast for the show! Deadline reports that Gotham alumni Crystal Reed has been selected to play Abby Arcane in the new show.

“Written by Mark Verheiden and Gary Dauberman, Swamp Thing follows Abby Arcane (Reed) as she investigates what seems to be a deadly swamp-born virus in a small town in Louisiana but soon discovers that the swamp holds mystical and terrifying secrets. When unexplainable and chilling horrors emerge from the murky marsh, no one is safe.“

DC Comics also provided their own description in a welcoming official announcement of Reed’s casting:

“Swamp Thing’s description of the character doesn’t put her too far away from what fans are expecting: Smart and caring, CDC Doctor Abby Arcane’s strong sense of empathy puts her at the center of a horrific life-threatening epidemic in her hometown, where she faces emotional demons from her past… while a chance meeting with scientist Alec Holland takes her into a world of horror and the supernatural, and of the elemental creature known as Swamp Thing.“

Based on both descriptions, it seems to me that Abby Arcane might be the main protagonist of the show, with the titular Swamp Thing as the deuteragonist? I admit I still need to read the classic Swamp Thing comics, so I have no idea if that’s already the case there.

Regardless, it makes sense to have Abby act as the audience’s POV character as we’re introduced more and more to the mysteries of what’s happening in this swampy small town in Louisiana. Stories use that narrative mechanic all too often, as it allows for a natural way to establish the environment of the tale.

Excited to be a part of the fam;) https://t.co/AhMnjEbqSD

She also posted a tweet that read, “I’m so thrilled to be a part of this!! Excited to share with you guys!!”

What “@CrystalmReed do you guys think? Be sure to leave your thoughts in the comments section below!

Next post FEIGE: More Female-led Marvel Films Are On The Way, And What Took So Long?