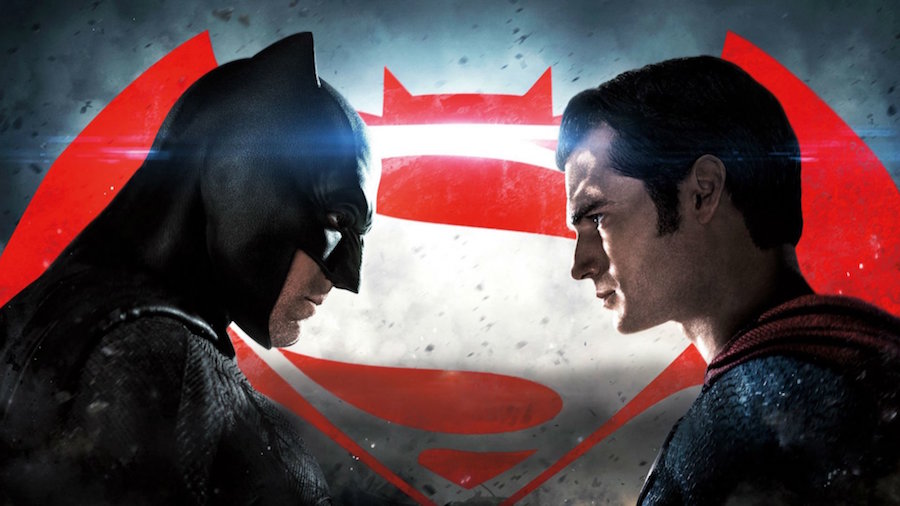 “Why are people still taking shots at Batman v Superman: Dawn of Justice? It’s been over two years. Can’t the haters just shut up?”

I see variations of that question online all the time. Some new “incendiary” video essay pops up breaking down why BvS was the worst thing ever; An op-ed about something current takes a totally left-field shot at the 2016 movie; Some blogger brings it up to get more clicks on their mediocre article, and fans of the film wonder why everyone is still belittling Zack Snyder’s movie.

And today, we’ll explore them.

But before we begin, it’s important to make clear where I- personally- stand on the polarizing film:

I count myself among the “Didn’t care for the Theatrical Cut, but actually found the Ultimate Edition quite rewarding” crowd. I enjoyed the film more than anticipated the first time around, giving it a C+ after the trailers made me think it’d be a straight up F. But then I saw the Ultimate Edition, and I updated my score for the film to a B.

So as I approach today’s thesis, I do so as someone who’s fairly neutral about the film; Neutral, leaning positive, mind you.

I think that helps me see things more clearly than some of you. If you absolutely love the film, you’ve got a bias that makes it hard to see certain things, and the same applies if you’re someone who absolutely hates it. So what I’ve got is a fairly clear, neutral vantage point from which to try and explain things, and I hope you’ll give my views a chance.

Batman v Superman: Dawn of Justice is a provocative film. Director Zack Snyder, alongside writers Chris Terrio and David S. Goyer purposefully set out to make a film that would make quite an impression on you. That’s an important distinction to make, right off the bat. This wasn’t some paint-by-numbers, play-it-safe cash in. No, it was an attempt to spin your expectations on their head, make you rethink the way you view these classic heroes, and possibly even change your perception of what these films can be.

And the mere fact that it swung for such far out fences is why it was forever destined to be held to a higher degree of scrutiny than most of its bubblegum peers in a genre most consider the equivalent of cinematic comfort food.

Yes, one way or the other, the film was either going to be an all-time classic or an all-time disappointment, and Snyder had to know that. And I don’t think that scared him. He’s a bold filmmaker, and he knew this was his chance to either create a modern day masterpiece…or die trying.

The fate of the film was always going to rest in the hands of the execution of those ambitions, and Snyder didn’t leave himself a lot of wiggle room for folks to have a middle-of-the-road reaction to it.

Let’s take a second to think of just how bold his vision was, and how he had to know he’d be delivering a gut-punch to the generally easy-to-please mass audience:

There are other risks I could point out that are on more of a micro level, but I honestly don’t think they’re worth mentioning at this point.

Please note that most modern day blockbusters would be scared to take one of those risks. Snyder took all of them.

And that’s not a bad thing. I commend him for really going for it. In an age of safe, corporately-sanctioned, assembly line filmmaking, Snyder had the courage to do something that would really get in your face and make you rethink what to expect from these kinds of movies.

The only problem is, when you live by the sword that also leaves you open to dying by it.

Snyder shared his bold vision with the world, and the people of earth responded less than kindly to it- which is a risk he had to have known he was taking.

Before we proceed, it’s important to note that these next paragraphs about the film’s reception won’t contain a single opinion, only facts using measurable data:

The most passionate fans, the ones who come out on opening night for films like these, were randomly polled as they left theaters on opening night March 25, 2016. The results of that polling revealed a CinemaScore of B. While that’s a score one would be reasonably happy with for an assignment in school, by industry standards that’s pretty mediocre. For the sake of comparison, both Ryan Reynolds’ Green Lantern and Halle Berry’s Catwoman received a B, too. And the box office numbers, which started off very strong, dried up pretty quickly.

The first big drop was from Friday to Sunday, which saw the film sink like a stone as fans seemingly told their friends to stay home, to the tune of a historic 55% drop off. While it’s possible to attribute that to the Easter holiday, that doesn’t explain how the film would drop 69% in its second weekend.

While it’s definitely true that most films that boast a big opening usually suffer a massive drop in their second frame, it’s still worth noting that the film wasn’t exactly setting the world on fire. In fact, the film ended up having a multiplier of just 1.99- which is the “worst all-time for a film opening over $100 million,” as per Box Office Mojo.

Did critics and bloggers play a part? Most definitely. After all, they are considered influencers, and their opinions and the tone with which they discuss movies can definitely impact the excitement of others. But it’s important to also note that many films critics hated didn’t suffer quite like this.

Less than two years prior, Transformers: Age of Extinction– the fourth entry in a franchise that critics and bloggers had been dragging through the mud for years- managed to make $1.2 Billion. And it did so with a Rotten Tomatoes score of only 18%. The main reason it’s believed to have done so well? Because despite what critics and bloggers thought, fans liked it. They awarded Age of Extinction an A- grade on CinemaScore.

Typically speaking, as long as fans are happy, critics and bloggers can write all the snarky putdowns they want and the film will still be a success anyway. Michael Bay’s still-thriving career is proof of that.

The apparent problem with Batman v Superman is that, for the most part, fans weren’t in love with it. As expected, it was a bold, all or nothing affair. On one side, you had folks who thought it missed the mark on everything they’d hoped a film like this would be, and on the other you had folks who passionately loved what Snyder did with it.

And this is where Snyder’s ambitions died by their own sword.

With all of the creative risks he took, he opened himself up to the highest level of scrutiny a director on a film like this has ever faced- save for maybe J.J. Abrams on The Force Awakens. Yes, even Joss Whedon faced less pressure with the first Avengers, because he didn’t really take risks. He essentially tried to make a big crowd-pleasing adventure that was almost exactly what you expected it to be. So even if people would’ve been disappointed by The Avengers, they likely wouldn’t have cared as much because it was at least in the ballpark of their expectations. With Batman v Superman, it’s unclear who’s expectations Snyder was even trying to cater to- if any!

That’s why my first theory for why the film continues to be such a lightning rod, even all this time later, centers on the idea that it was designed to be a polarizing and provocative film from its inception. It was always going to be one of the two extremes with no real chance for middle ground reactions. That’s why, by and large, folks are firmly in one camp or the other. I think I’m in the absolute minority, in terms of being someone who was ultimately “Meh” about it.

With that in mind, it should come as a surprise to absolutely no one- Snyder included- that the folks who hated the film really hated it, just as those who loved it truly loved it. And when you feel that strongly about something, you’re bound to speak about it for years and years to come- one way or the other.

Sadly, it just seems that- by all recordable metrics- the majority of fans had issues with the risks he took and/or the execution of them. Risky propositions can sometimes pay off huge, mind you, but fans need to think you executed them in a satisfying way. That just wasn’t the case this time around.

Star Wars: The Last Jedi comes to mind as an example of the inverse of Dawn of Justice. Director Rian Johnson, like Snyder, aimed to make a bold statement rather than a simple crowd-pleaser. The difference here is that fans, by and large, embraced his vision. They awarded the film with an A CinemaScore and $1.3 Billion in box office receipts. But just like BvS, there’s a contingency that passionately hates the film for the exact risks and vision that others love so dearly.

So The Last Jedi is proof positive that audiences can- and will- reward you for subverting their expectations, as long as they think the resulting movie was a good one.

[Personal Note: I think Batman v Superman: Ultimate Edition is a MUCH better film than The Last Jedi. So the above, positive-tinged paragraph about Johnson’s film was me putting my own opinions aside and going by data rather than feelings.]

The last thing I’d like to point out about this theory is that there’s a big difference between when a safe film fails, and a bold film fails. Usually, when some safe, cookie cutter movie is a waste of time you just kind of check it off your list and move on with your life. When some risky, provocative movie dealing with sacred cows let’s you down, you’re going to remember that feeling for quite a while.

It’s the difference between X-Men: Apocalypse and Batman v Superman. The X-flick came out two months later than BvS, it was certified rotten on Rotten Tomatoes, and it also failed to live up to its box office potential. And yet we rarely hear anyone mention Apocalypse anymore, do we? Because it wasn’t a notable movie, period. It was bland and uninspired. So it simply became forgotten.

And that’s why it sometimes feels like there’s a double standard. It feels like only DC’s perceived failures get all the press, while every other studio gets treated with kid gloves. But the truth is that Man of Steel, Batman v Superman, and Suicide Squad were all swinging for the fences. They strived to be anything but bland, or safe, or conventional. They strived to be more, and when your ambitions are that apparent, it raises the stakes for what you have to do to stick the landing.

That about sums up my main theory, but there’s another one.

CONTINUE ON TO PAGE 2: “Why does their hatred feel so personal?”