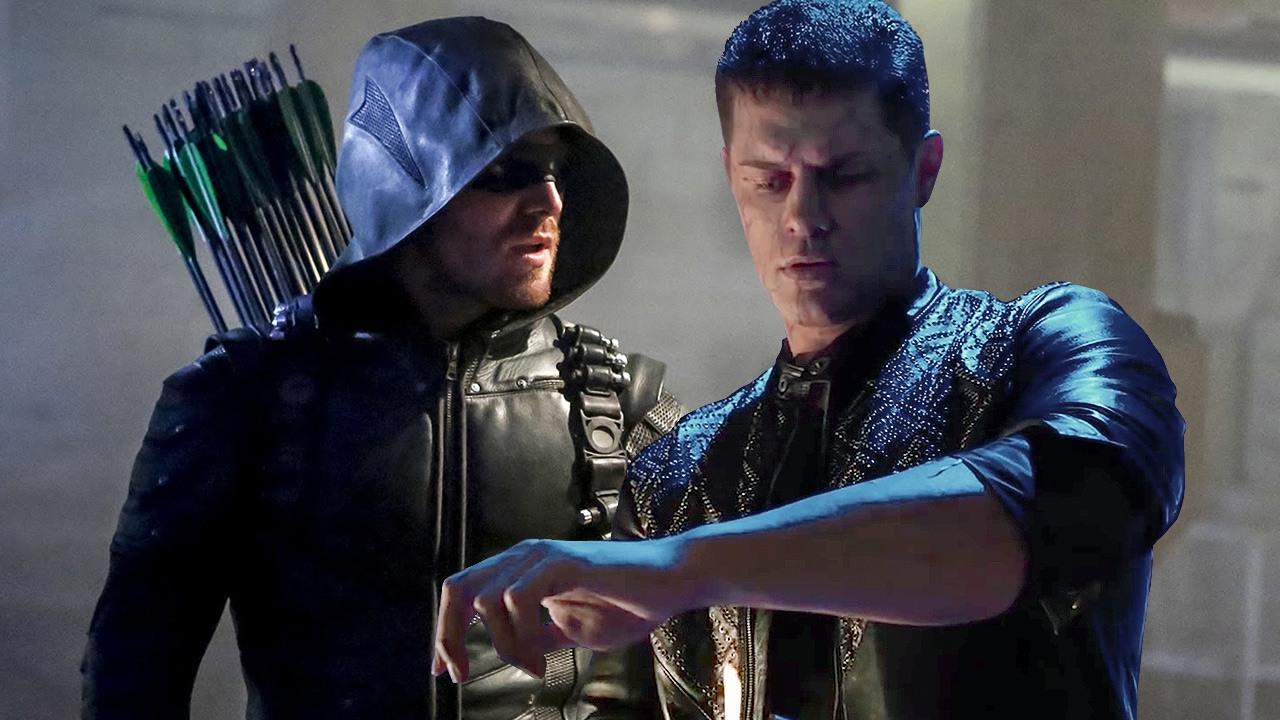 Following the cliffhanger from the season finale of Arrow‘s sixth season, Stephen Amell’s Oliver Queen will start off the upcoming seventh season in prison- and he won’t be alone. Unfortunately for the Green Arrow, many of his new jailmates will be criminals he previously sent to prison himself. Among these familiar inmates will be none other than Cody Rhodes’ Derek Sampson.

Rhodes teased his upcoming return to the show on his official Instagram account with a photo of him on a plane. The actor stated in said-post, “Back to brunette- back to Arrow.” Rhodes spoke about Arrow star Stephen Amell’s return to professional wrestling at the All In super-show over the weekend, and also offered a bit of additional information on his presence in the upcoming season in a recent interview with Comicbook.com.

“Well, Stephen got it in his blood. The first time he came back, we were in Barkley Center when he did the match with Stardust. When he came to the curtain, he got a standing ovation. He got it in his blood, man. It doesn’t matter what age you are, if you’re a millionaire already, the feeling of pro wrestling for an entertainer, for a show person, there’s nothing like it. And he wanted a singles match immediately after that. Immediately.

Arrow marches on, and we didn’t necessarily get there with Stardust. But when we talked about this event, I obviously thought what a wonderful moment that would be, and at the same time, I was heading back to Arrow for five episodes now.“

Admittedly, much like Gotham, I only have a minor exposure to Arrow. I’m hoping fans of the show are excited that Rhodes will be returning in the new season in such an extensive role, as it sounds nice that he has such a great rapport with Amell.

What do you think? Are you excited to see Rhodes return to the show? Be sure to leave a comment below!

Next post This Year’s ARROWVERSE CROSSOVER Will Feature Another Kryptonian