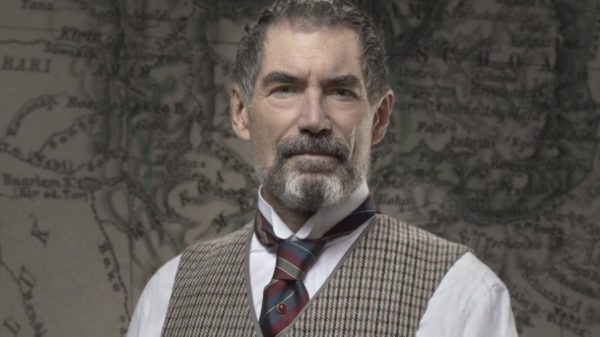 Timothy Dalton has joined the cast of Doom Patrol in a pivotal role as leader of the team, Dr. Niles “The Chief” Caulder. Last week we reported on the most current casting additions, and now Dalton seemingly rounds out the cast and marks the fifth casting for Doom Patrol in the last month and half.

it should be noted that Dalton replaces Bruno Bichir (Narcos), who’ll be playing “The Chief” when the Doom Patrol makes its live-action debut during an episode of Titans.

Dalton returns to television after playing Sir Malcolm Murray for three seasons in Showtime’s Penny Dreadful which ended its run in 2016. Dalton’s addition to Doom Patrol should please fans, as Dalton is a seasoned actor whose screen credits include his most recognizable role as the fourth actor to inhabit the role of James Bond.

As previously reported, Dr. Niles “The Chief” Caulder, who is described as scientist, wealthy investor and, of course, leader of The Doom Patrol. The Chief rescued each member of his team from horrific accidents, nurtured them to health, resuscitated their self-esteem and sent them into the world to defend a populace that sees them as little more than freaks. His disarming manner does little to conceal a steely determination and unwavering devotion to defending Earth from Evil’s oddest entities.

Doom Patrol continues to round out its cast and is quickly shaping up to be far more intriguing of a series than once thought. Titans which will debut on October 12th on the DC Universe streaming service is set to debut the Doom Patrol on its fifth episode of the series. What is unknown however, is whether Dalton will film scenes as The Chief for Titans and completely replace the initial actor cast in role, Bruno Bichir. With Titans set to drop the series all at once on October 12th, they may have enough time to re-film those scenes with Dalton and create a consistent experience throughout both series.

Currently the DC Universe has DC Daily and Titans debuting in 2018 with other live action series Stargirl, Swamp Thing, and Doom Patrol which began principle photography last week, is set to debut on the DC Universe sometime in 2019.

Next post David F. Sandberg Talks About Ongoing Evolution Of The SHAZAM Suit