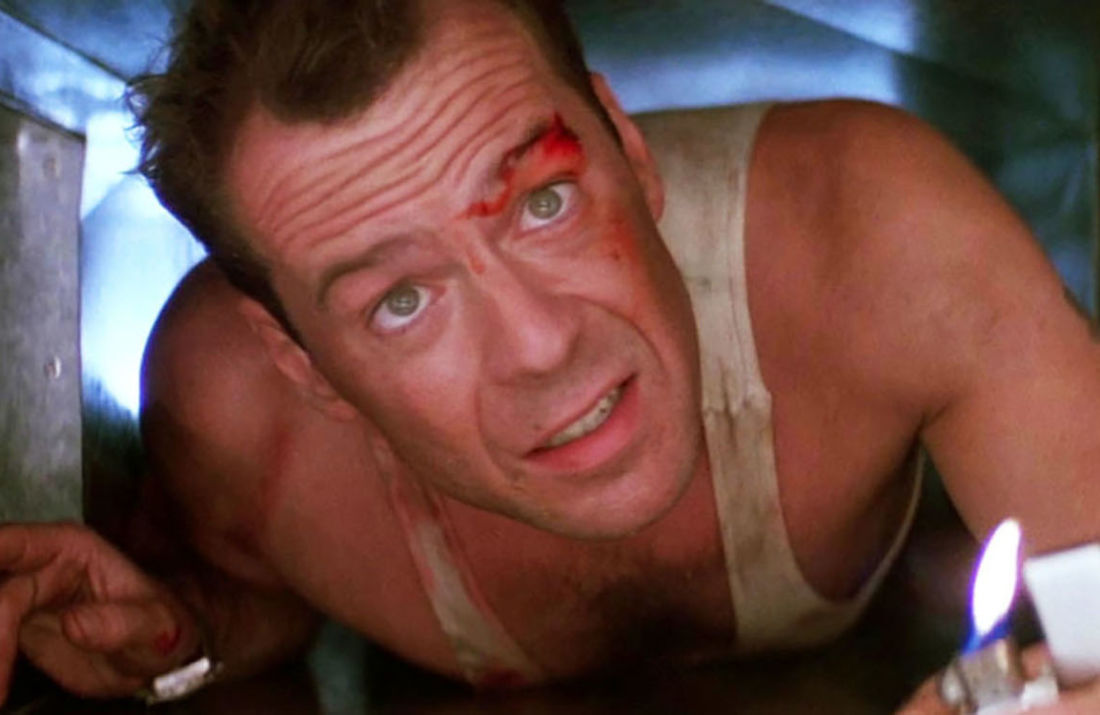 Today’s all about me writing about 80s franchises getting revived apparently. First it was Police Academy. Now it’s Die Hard.

The very last Die Hard is supposed to be a prequel at the same time, with a young John McClane being portrayed, and with scenes of Bruce Willis as an older McClane being intercut. The original title was going to be Die Hard: Year One. But now the flick has a new name, and a renewed focus on the OG McClane. As such, it’ll be called, simply: McClane.

Like Logan giving an end to Wolverine; the seemingly last chapter of the Die Hard franchise is getting boiled down to its simplest form. The title seems to imply that it will be a very personal journey for McClane.

Empire has an interview with producer Lorenzo diBonaventura, where he confirms as much:

“You can tell our intention by the fact that the title page we handed in says, ‘McCLANE’. We want you to get invested in John McClane more than ever before.”

There were rumors that Bruce Willis would merely bookend the film, with the younger McClane being the beef of the story. diBonaventura says that is inaccurate.

“I don’t know how you do Die Hard without Bruce,” he said. “The idea that he’s not very significant in this movie is not accurate at all. We are gonna explore John McClane in his twenties. But just as prominent is the 60-year-old version.”

That is definitely better news for fans of the character. Len Wiseman is set to direct McClane. He is no stranger to the franchise, having directed 2007’s Live Free Or Die Hard.

I like this idea better than a straight prequel. The thing is, the prequel to McClane is called Die Hard. Before that McClane was just a normal, flawed cop and family man. But if something from his ordinary past comes back to haunt his present, then that’s a story I can get behind.

Anything will be better than A Good Day To Die Hard, which was abysmal. Once upon a time, there was a spec script from Ben Trebilcook called Old Habits Die Hard that had McClane in Japan to celebrate him for the Nakatomi disaster, only for stuff to happen there too. Samuel L. Jackson was supposed to return as Zeus and everything. I was so excited for that. But for some reason, it never moved forward.

Trebilcook actually released the spec script as a book (changing the names of characters and stuff) but if you want to see what Old Habits Die Hard could have been, then go get the Old Habits e-book on Amazon. Here is a summary:

Retired New York City police detective Joe Brady is invited to Tokyo by global super-brand The Oshiro Corporation, wanting to commend him for bravery and his saving of over a hundred Oshiro employees in a hostage crisis thirty years ago. Accompanied by a loyal, yet angry, friend, a reluctant Brady accepts the invitation only for a violent past to catch up with him and the truth behind The Oshiro Corporation being revealed. Trebilcook’s ‘Old Habits’ novel formed the basis for his acclaimed speculative script for a potential sixth and final ‘Die Hard’ movie, entitled ‘Old Habits Die Hard‘.

Now that is the final Die Hard installment that I want to see. But the e-book will have to do until McClane comes along.

We will keep you updated on the development of McClane. What do you think of the name? Are you upset that it is dropping the “Die Hard“?