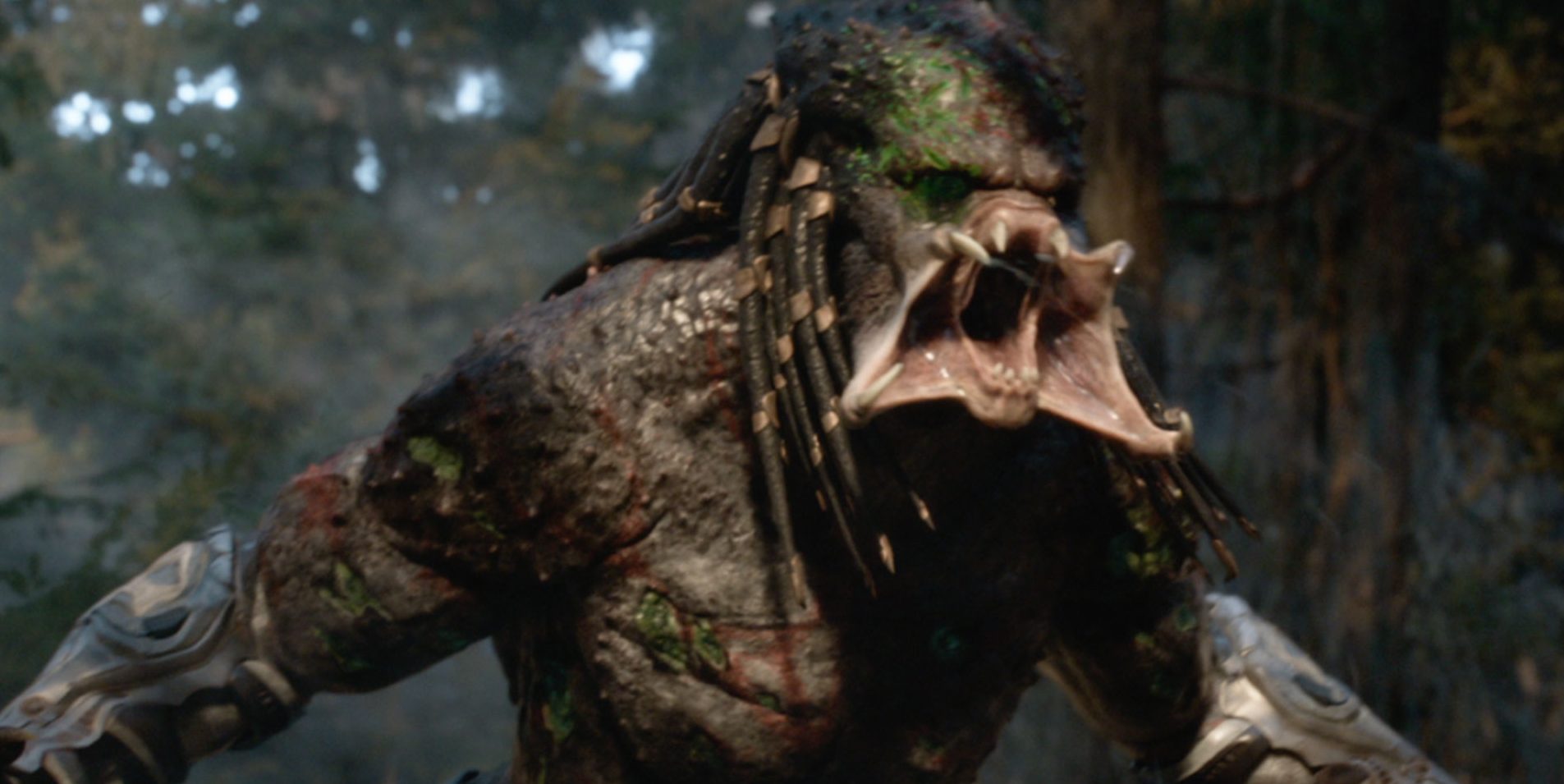 20th Century Fox and Shane Black have just unveiled the new- and final- Red Band trailer for The Predator, and it’s pretty great.

As is Black’s trademark at this point, the movie is filled with free-flowing machismo, surprising brutality, and acid tongues being planted firmly into bloody cheeks. The new trailer also features some vintage 80s “Movie Trailer Guy Voice” at the end for good measure. It’s kind of perfect for the group you’d market The Predator for.

From the outer reaches of space to the to the backwoods of southern Georgia, the hunt comes home in Shane Black’s explosive reinvention of the Predator series. Now, the universe’s most lethal hunters are stronger, smarter and deadlier than ever before. And only a ragtag crew of ex-soldiers and an evolutionary biology professor can prevent the end of the human race.

The film was written by Black and his The Monster Squad writing partner, Fred Dekker.

The Predator will stalk its prey into a theater near in two weeks, on September 14, 2018!

What are you expectations for this movie? Is it on your radar? How do you think it will stack up against previous entries in the Predator franchise? Be sure to let us know your thoughts on the trailer, and your hopes for the film, down in the Comments below.

CONTINUE READING: “Edward James Olmos Has Been Cut From THE PREDATOR“