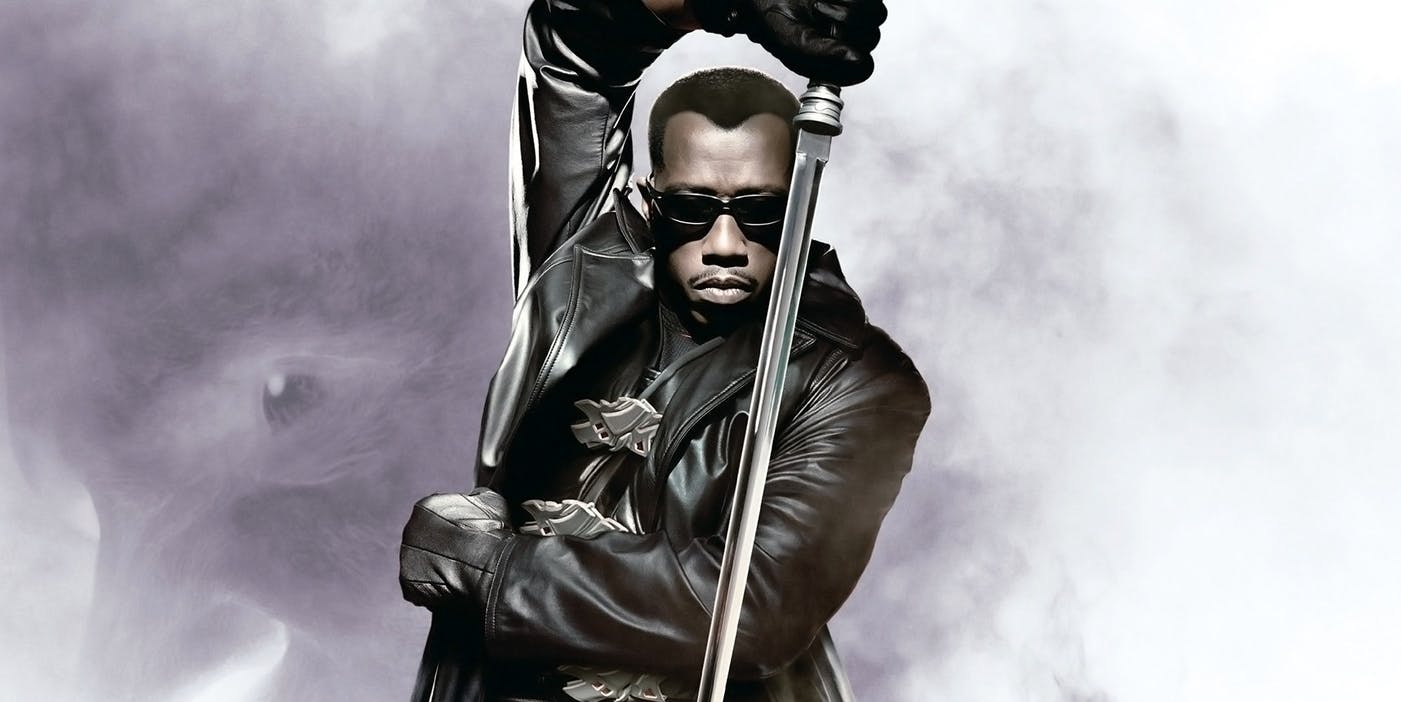 The early 2000’s was an interesting time for the superhero movie genre. I still remember watching and loving films like Bryan Singer’s X-Men and Sam Raimi’s Spider-Man as a kid. Yet just as often, I also remember seeing the Ben Affleck Daredevil film and Ang Lee’s Hulk and just being confused about whether I enjoyed the films or not. There was another series of superhero films that came out over that timeframe that I remember seeing movie posters for- but they were the sort of films that I was “too young” to watch. Those were the Blade trilogy.

It’s been fourteen years now since fans last saw the vampire hunter on the big screen, following 2004’s Blade: Trinity. The proverbial landscape of superhero films has drastically changed in the time since, but perhaps fans might get to see the character return to the big screen sometime in the near future.

In a recent interview with Vice, Blade actor Wesley Snipes revealed that he’s been talking with Marvel for awhile now about the character.

When asked about the possibility of a Blade 4, Snipes stated:

“There are a lot of conversations going around right now and we’re very blessed to have the enthusiasm and interest in something coming from that world again. We’ve created two projects that fit perfectly into this world and, when people see them, I think they’re only going to have a problem with deciding which one they love the most.

All the main execs [at Marvel] and my team, we’ve been discussing for the past two years. Everyone’s enthusiastic about it, everybody gets it. But they got a business to run and they gotta square the things that they gotta figure out before they can get to it, I guess. In the meantime, we got a business to run and our own slate of things to do so…

But the next time you see something in [the Blade universe], mark my words: what we did before is child’s play compared to what we can do now.“

As for the possibility of Blade being rebooted with a new actor, Snipes commented, “There’s a lot of pieces that have to come together. I mean wow. Who’s that guy? And one that can overcome everybody’s preconceived idea of who Blade is supposed to be. Skill wise, there’s not a lot of guys out there that dance, that do the martial arts, that act well and can have that Blade flavor…” and also brought up the issues of the character possibly being recast with a caucasian actor and the importance of Blade’s “sex appeal.”

It’s a lot to think about and while we probably still have a few more years of waiting left before something official is announced, but it’d be cool to see Snipes return as Blade in the MCU or to see him help guide a new actor to succeed him in the part.

Previous post STAR WARS: Oscar Isaac Comments On The Mindset of The Resistance In EPISODE IX