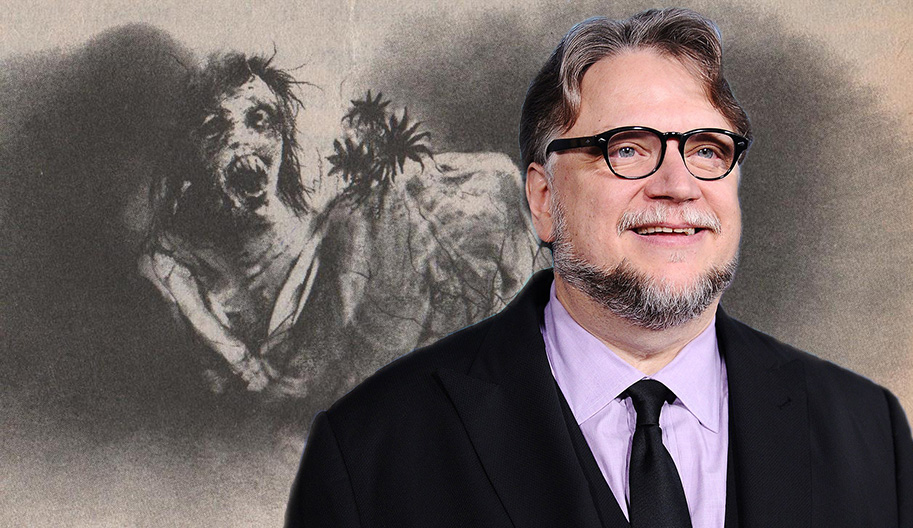 Less than a year after winning multiple Oscars for The Shape of Water, director Guillermo del Toro is already working on his next project. While André Øvredal will be sitting in the director’s chair, del Toro is producing a live action film adaptation of Scary Stories to Tell in the Dark, a trilogy of books from author Alvin Schwartz.

With production set to start later this week on Scary Stories To Tell In The Dark, del Toro’s team have cast actors Michael Garza, Austin Abrams, Gabriel Rush, Austin Zajur and Natalie Ganzhorn for the film. It was previously reported last week that Zoe Colletti would also be starring in the film. While details remain scarce on the film’s story, the reported premise is that “a group of teens who must solve the mystery surrounding a wave of spectacularly horrific deaths in their small town.”

Øvredal stated, “We spent months searching for and assembling the perfect group of actors to help us realize the most terrifying adaptation that we could conceive.”

Del Toro added, “I am honored to support Andre’s vision and, with our partners, to bring the incredible world of ‘Scary Stories’ to the screen.”

At first glance, this appears to be a rather exciting film. As anyone who reads up on my Halloween or Suspiria articles should be able to see, I love the horror genre. While I read many of R.L. Stine’s Goosebumps books growing up, much like most other children growing up in the 90’s and 00’s, I also had a fascination and love for the old Universal Studios monster movies of the 1930’s and 40’s. I still remember spending one particular Saturday morning watching VHS copies of Tod Browning’s Dracula, Karl Freund’s The Mummy and James Whale’s Frankenstein back-to-back-to-back when I was eight years old.

In my humble opinion, there’s a reason books like Scary Stories To Tell In The Dark and Goosebumps sold so well. Kids can be just as fond of the horror genre as adults. There’s something innately fun about getting scared by a great horror film and that concept applies to any age. Sure, it might be tricky to churn out a high quality horror film for all ages, but I think it can be done. Hopefully this film manages to deliver on that front and bring something that spooks people young and old.

What do you think though? Are you excited? Be sure to share your thoughts in the comments section below!

Previous post Dwayne Johnson’s BIG TROUBLE IN LITTLE CHINA Is A Sequel, Not A Remake