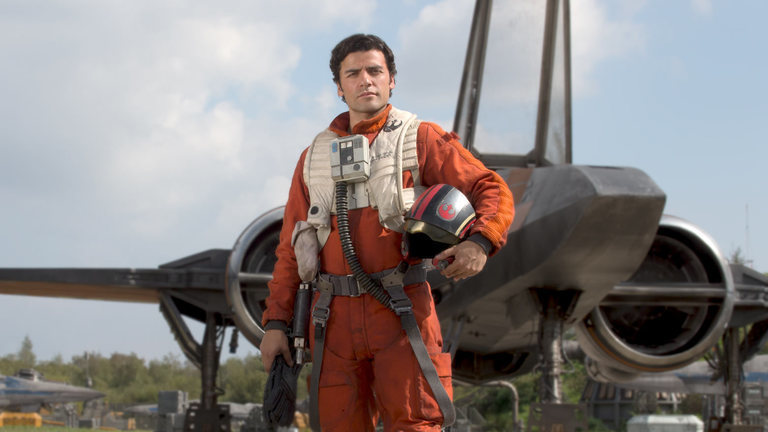 Star Wars: The Last Jedi has been divisive for all the wrong reasons. The film isn’t perfect, but true criticism of it has been lost in the absolute vitriol and petty toxic entitlement of man babies. I loved The Last Jedi. But I’m always open to healthy, intelligent debate about it.

Oscar Isaac, who plays Poe Dameron in the Star Wars universe, gave an interview to Yahoo. The actor, who might be seen in Matt Reeve’s upcoming Batman movie, had some things to say about the reaction to The Last Jedi.

“What I think is really special about the whole thing — particularly for people that really didn’t agree with where the story went — is that it’s often a great inspiration to do your own stuff,” he says. “Obviously, making your own Star Wars movie is a bit of a tough challenge, but at least from a narrative standpoint maybe you make your own thing and then show what you would want. Make what you would want to see.”

Isaac is 100% correct. Kevin Smith says it all the time too. There are two paths in life, creation or destruction. Taking the creation path is always better. If you hated The Last Jedi, feel free to ignore it. Grab your phone, create a free YouTube account, and make the thing that you want to see.

There was a mock trial at San Diego Comic Con called “The Court Martial of Poe Dameron” put on by the folks who do The Legal Geeks podcast.

Referencing that, Isaac does mention that a strong reaction on either end of the spectrum is better than indifference:

“I love that,” he tells Yahoo Entertainment. “It’s incredible, because you have people actually engaging with the ethical question of war and what leadership is. The last thing you want is for people to watch a movie and be like, ‘Great,’ and then move on. With [The Last Jedi], the conversation continues and can stir real emotions. You’re having a conversation about actual things that matter, you know?”

Watch The Last Jedi if you want to. If you don’t, then simply ignore it. No one is stopping you from going out there and making something better. So get to it!

Next post STAR WARS: The SOLO Novelization Adds An Interesting Layer To That Cameo