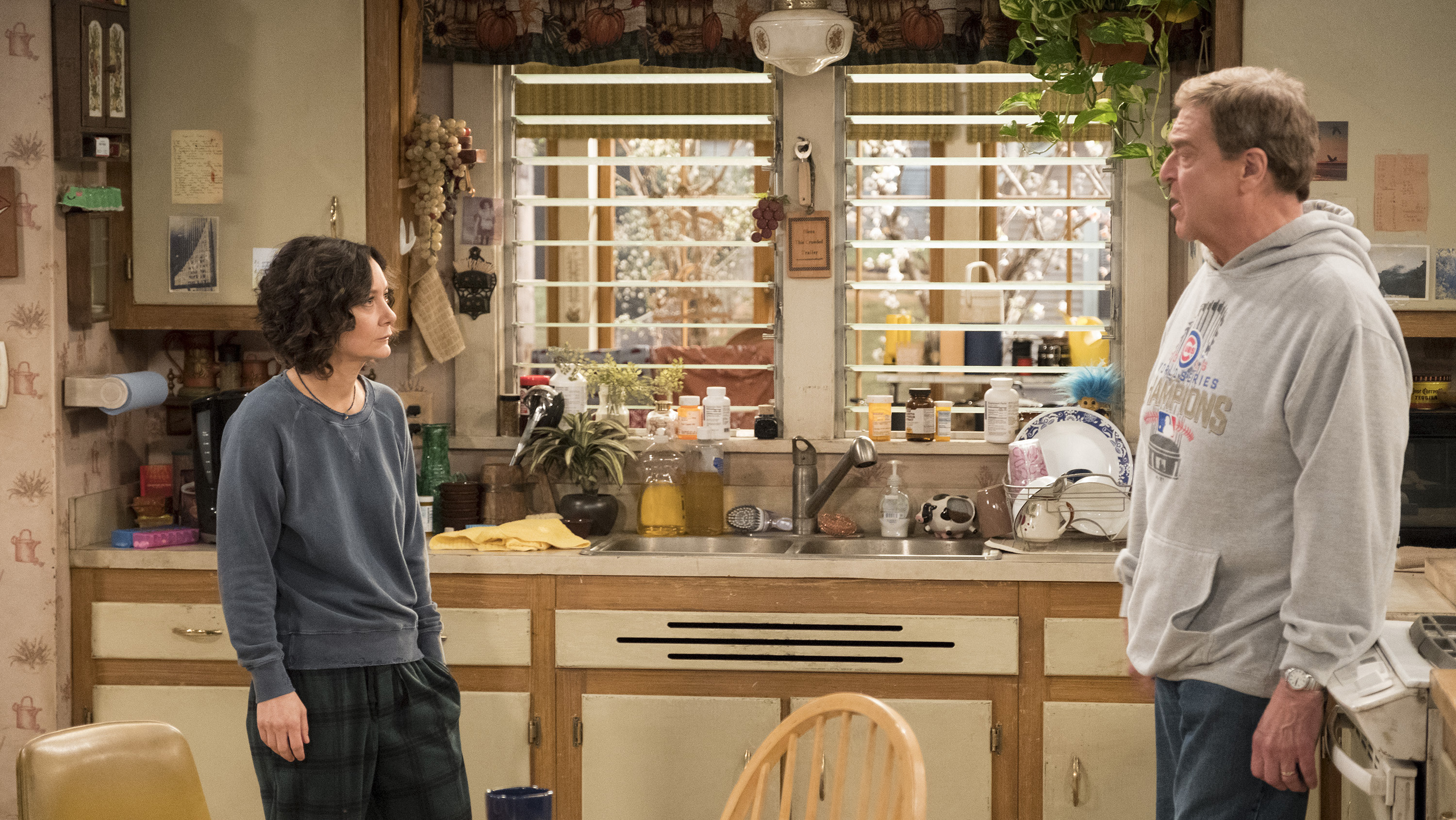 Roseanne was one of those “legacy-quels” that became quite popular. After an episode or two, ABC immediately renewed the show for a second, second season. But then, as most of you know, Roseanne made awful, racist comments on Twitter, and ABC swiftly cancelled the show.

After the smoke cleared, they decided to continue the show, but without Roseanne. ABC greenlit The Conners – a show that was expected to focus on Darlene (Sara Gilbert) and her children.

It was a mystery as to how The Conners was going to handle Roseanne, but now we have some idea. In an interview with The Times, John Goodman confirms that the show will kill the Roseanne character off.

When asked what his character Dan will be like on The Conners, he replied, “I guess he’ll be mopey and sad because his wife’s dead.”

The irony here, is that the original show killed off John Goodman’s character Dan in a surprise twist. But that twist was ignored for the sake of the reboot. Now things have come full circle.

It seems that ABC is trying to have their cake and eat it too – who knows how the show will be received when the titular character has been killed off, but ABC is willing to take that chance. This is sort of similar to Two and a Half Men when Charlie Sheen’s abrupt exit after his meltdown, left the show in chaos. They brought Ashton Kutcher in, and the show survived a few more seasons. It worked out for CBS. Time will only tell if it works for ABC.

The Conners main story will be dealing with the events of Roseanne’s death, as described by ABC via Deadline:

On the new show, after a sudden turn of events, the Conners are forced to face the daily struggles of life in Lanford in a way they never have before. This iconic family – Dan, Jackie, Darlene, Becky and D.J. – grapple with parenthood, dating, an unexpected pregnancy, financial pressures, aging and in-laws in working-class America. Through it all, the fights, the coupon cutting, the hand-me-downs, the breakdowns – with love, humor and perseverance, the family prevails.

The Conners will feature the rest of the Roseanne revival cast. Along with Goodman as Dan, Laurie Metcalf (“Jackie”), Sara Gilbert (“Darlene”), Lecy Goranson (“Becky”) and Michael Fishman (“D.J.”) will reprise their characters.