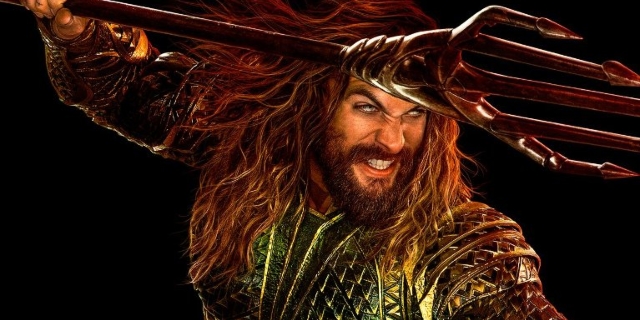 A couple of months ago, I heard there were some internal discussions over at WB/DC regarding the possibility of shifting the release date for James Wan’s Aquaman. The reasons for such a consideration were two-fold:

The chatter regarding a date-change for Aquaman evaporated at San Diego Comic-Con, when all of the promotional materials for the film emphasized a December 21st release.

But now it would appear that the studio is still willing to tinker with Aquaman‘s release date, as they’ve just bumped up its arrival in Wan’s native Australia. The DC epic is now set to arrive a full week earlier, on December 13.

That date isn’t exactly a freebie either, though, as Sony’s animated Marvel flick Spider-Man: Into The Spider-Verse comes out the same day.

I’ve pointed out before that December 7th would actually be an optimal day to release Aquaman here in the states. The competition is practically non-existent (Mary Queen of Scots and Under The Silver Lake), and it would mean that it gets to be the film that would kick off the December blockbuster marathon, as opposed to just being one of several big event movies arriving around Christmas.

And, considering I’ve spoken to a couple of folks who have actually seen the movie and say the film is actually quite good, I think they should pounce on an earlier date to get out in front of the competition.

Another reason I think it’d be wise is because I hear that the Transformers spin-off Bumblebee is going to surprise people. It’s the first Transformers film not directed by Michael Bay and, apparently, it shows. I’ve heard it compared to “live-action Pixar.” Folks who’ve seen it have shared stories of audiences applauding at the end of the film because of its balance of heart, action, warmth, and surprising emotional depth.

That’s not to say people don’t also love Aquaman, cause I’ve heard nothing but positive feedback so far, but it just means you should keep these two movies away from one another so that they don’t cannibalize each other’s audiences.

If you think about it, both of them are follow-ups to series low-points for their respective franchises, so neither one can really afford to stumble out of the gate. Aquaman wants to turn the page on Justice League and move the DCU into an exciting new direction; Bumblebee wants to be the spark the brings life back into the Transformers franchise after last year’s The Last Knight made almost half what the previous installment had.

That’s why I think the spoils of victory will go to who ever moves their film to December 7th, where it can go unopposed. I hope the wiser studio ends up being Warner Bros.

But what do you think?

Next post GUARDIANS OF THE GALAXY VOL. 3 Production Now On Hold