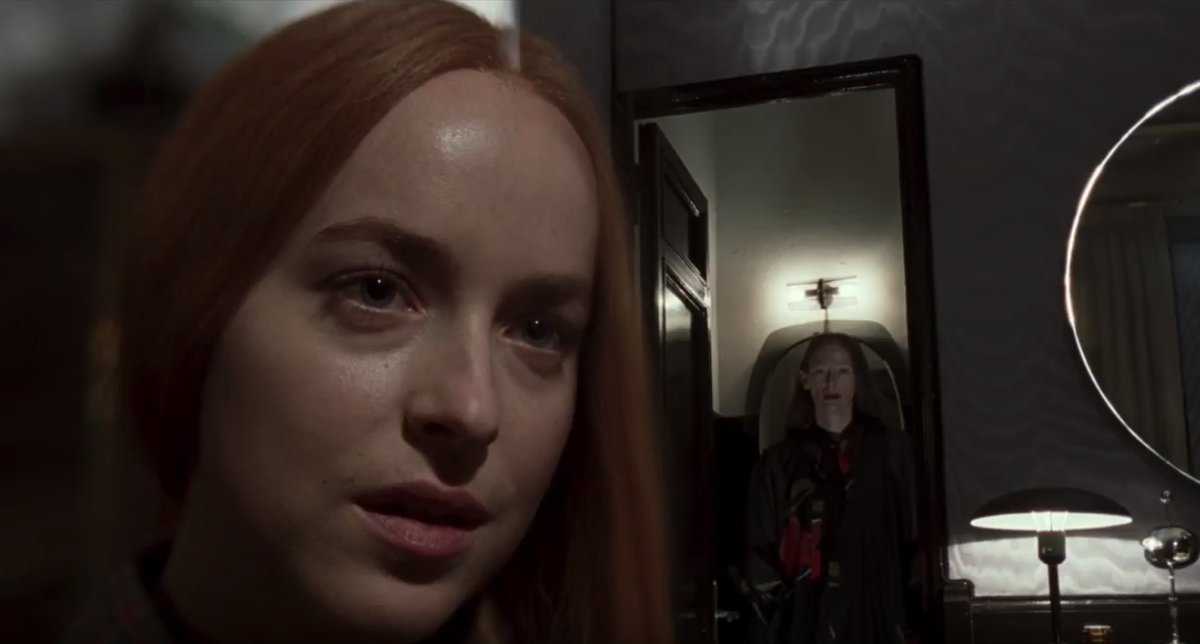 As I’ve mentioned more than once in previous articles, 2018 has been something of a special year for horror fans. First we got Alex Garland’s surreal sci-fi horror film Annihilation, then Jim Halpert from The Office shocked mass audiences with A Quiet Place and most recently Ari Aster released his debut feature film Hereditary to critical acclaim. And at least three more promising horror films are waiting in the wings: Corin Hardy’s The Nun, David Gordon Green’s Halloween and Luca Guadagnino’s Suspiria remake. Personally speaking, it’s that last film that excites me the most.

If you’ve never seen the 1977 original from Dario Argento, it’s a cult classic in the horror genre. While its narrative is primarily paper-thin, Argento’s Suspiria still stands as a shining monument of filmmaking aesthetics. Its psychedelic Technicolor cinematography is the stuff of legends (I can safely say that it’s the scariest film to heavily feature the color pink in it) and the soundtrack provided by Italian progressive rock band Goblin is held in equal reverence. With that in mind, the director of Call Me By Your Name, actresses Dakota Johnson, Tilda Swinton and Radiohead singer Thom Yorke feel like an appropriately unique team to be tasked with a modern reimagining of Argento’s classic.

There’s a new trailer for the remake, which you can see right here:

A darkness swirls at the center of a world-renowned dance company, one that will engulf the artistic director, an ambitious young dancer, and a grieving psychotherapist. Some will succumb to the nightmare. Others will finally wake up.

While the teaser trailer for Guadagnino’s remake almost three months ago was eerie and impressive, the new trailer for the upcoming horror film is on another level. Several things are immediately apparent from the trailer: First, this remake appears to have more of a story to it than the original although it clearly uses the same starting point.

Second, as was implied from the teaser, Guadagnino and cinematographer Sayombhu Mukdeeprom have gone for a different visual aesthetic than Argento’s original. While the original film opted to use a distinctly neon bright rainbow color palette, the new Suspiria is going for a look more akin to later-era Ingmar Bergman films such as Cries & Whispers or Fanny & Alexander. The various uses of red are lush and standout against the bleak, winter-y skins and walls. The color green also pops at least twice in the trailer too.

I apologize if I’m geeking out too much here, but this film looks devilishly great, and October 26th can’t come quickly enough for me. Here’s hoping horror fans get to cap off 2018 with a truly special film!

Previous post EXCLUSIVE: Mark Waid Would Write A SUPERMAN Movie, Already Has A Story In Mind!