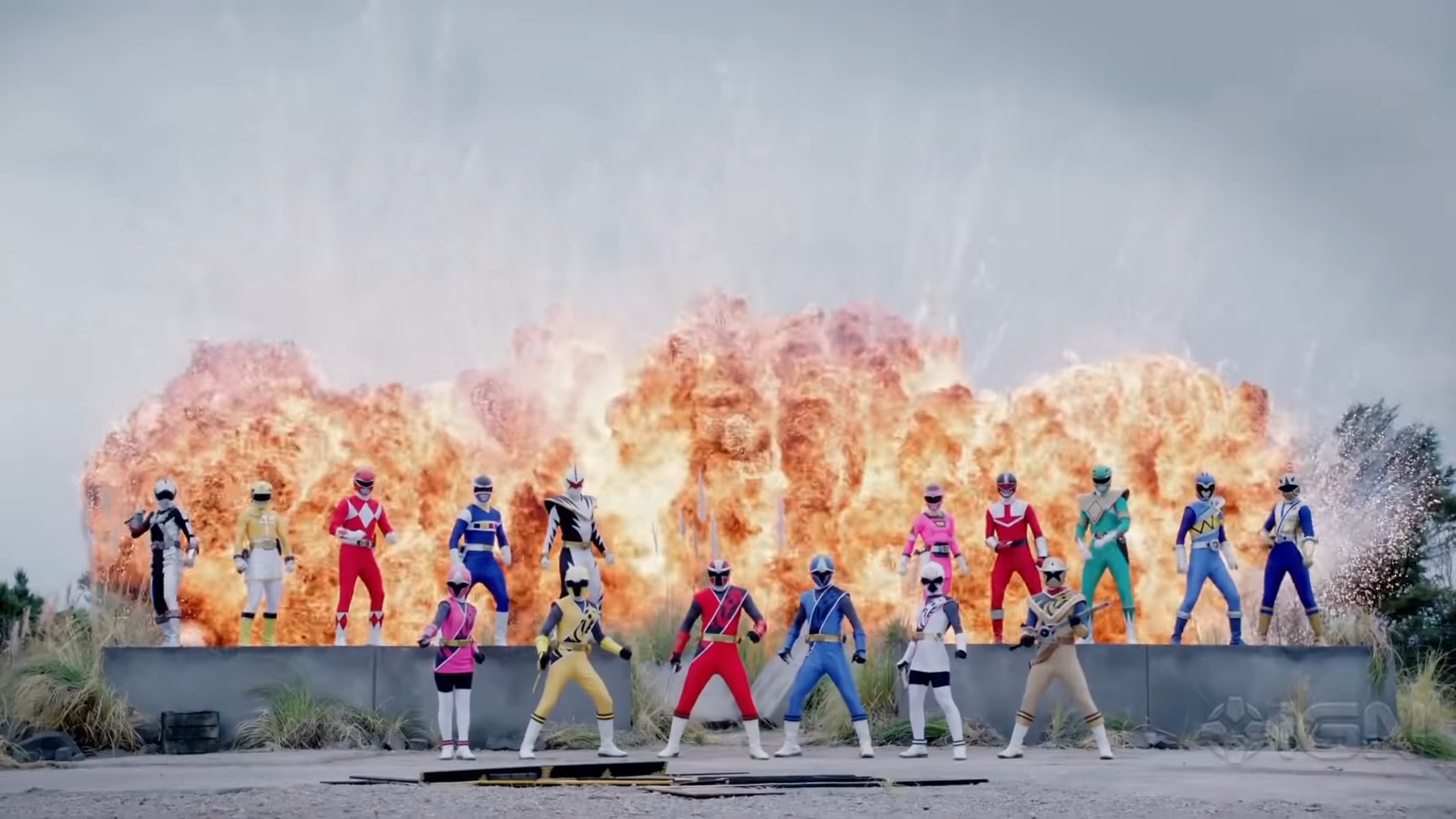 This year marks the 25th anniversary of Power Rangers. As they have done in the past, they are celebrating the show with an anniversary special. They will feature Rangers from previous eras returning to help the current team.

It was announced that Jason Faunt, Catherine Sutherland, and Jason David Frank were returning. But more are joining them.

As you can see in the header image, there are 10 veterans returning. ComicBook.com has the rundown (from left to right):

There is a pretty nice spread from all of the different eras. While you can’t see all of them in action quite yet, Nickelodeon has released a quick sneak peek featuring Wes and Tommy.

Tommy shows up here as his Black Dino Thunder Ranger. We know he also shows later as the Green Ranger. Whether its the same version using different powers, or a “multiverse” where there are two Tommys, remains to be seen.  As you can see in the preview from IGN below, the villain has “an army of Ranger clones” so it is possible that there is more than one version of the same Ranger.

However, Tommy is wearing the same thing when he de-morphs from Dino Thunder Black as when he morphs into Mighty Morphin’ Green, so maybe it is the same version of the character.

The Super Ninja Steel episode is called “Dimensions in Danger” – which might lend to the “multiverse” theory. It airs on the exact 25th anniversary day – August 28th – at 8pm on Nickelodeon.

Dimensions in Danger (8/28): In a special 25th-anniversary episode, the Super Ninja Steel Rangers team up with Legendary Rangers in an epic battle to save the world.”

The series synopsis reads as follows:

“In Power Rangers Super Ninja Steel, the heroic teens find themselves face-to-face with an old enemy when they discover Madame Odius is still alive and more determined than ever to steal the Ninja Nexus Prism and revive its powers for her nefarious purposes. Now it’s up to the Rangers, and some unexpected help from new friends, to use the power of teamwork to protect the Prism, defeat Odius and save the world!”