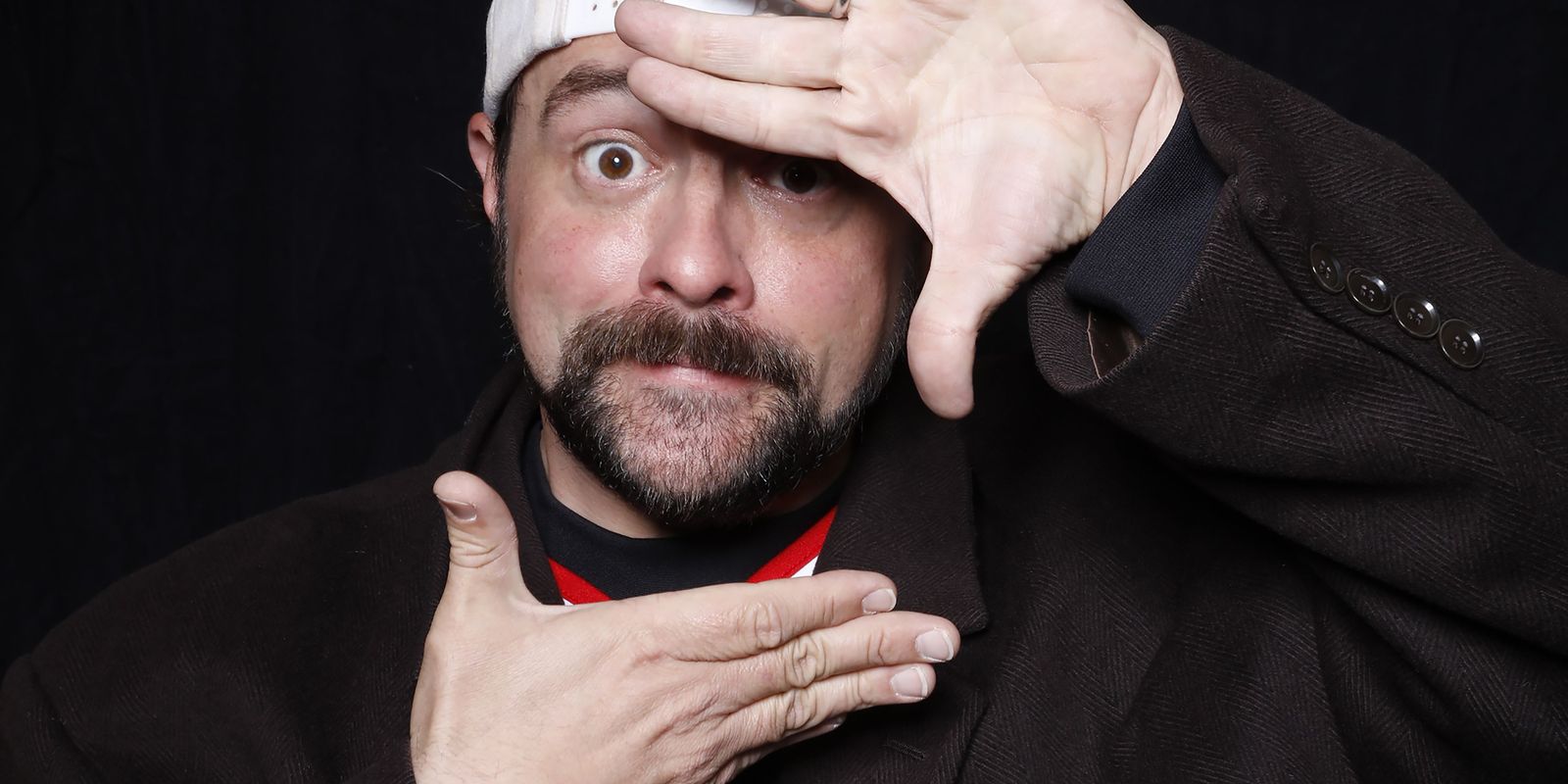 Mark Millar is the godfather of the Kick Ass universe. A bunch of comics and two movies later, the franchise is getting a bit of a makeover. With Matthew Vaughn in charge of new, rebooted movies, and Millar busy with his Netflix deal, other people get to play in the comic side of things.

Enter: Kevin Smith. The comedian, podcaster and director has dabbled in comics before, having written Daredevil and Green Arrow stories. Millar tapped him to write a Hit-Girl story, which would bring the character to Hollywood. Outside of Smith just writing the story, nothing else was known. But now, thanks to Deadline, we know who is illustrating the story, and what the cover looks like.

While Francesco Francavilla did the cover, Pernille Ørum is taking up the reigns of illustrating. Ørum is best known for designing the characters on the DC Super Hero Girls series.

For those Kevin Smith fans out there, Ørum’s name should be familiar too. They are fans of each other, and Ørum even drew the women from Kevin Smith’s works:

Ørum has a very interesting story. She was featured on Smith’s Fatman on Batman, for a great interview. You can watch it below. The interview starts at the 1:10:18 mark, which is where the video should start from. I highly recommend you watch it if you have even a passing interest in Ørum. You will become a fan of her and her work afterward.

As for the comic itself, Deadline reports that “the story finds the justice-seeking adolescent super-assassin storm movie sets and wage war on Hollywood predators“. That is a perfect story for today’s day and age.

Smith says this about The Golden Rage of Hollywood:

“I wrote most of The Golden Rage of Hollywood Hit-Girl arc while recuperating after my health scare, so it was Mindy McCready and her bloody thirst for justice who helped me mend my broken heart,” Smith said of writing the arc. “Telling tales with Mark’s toys was an absolute pleasure, but having Pernille bring it all to life makes this a must-read for me! Pernille’s style is like hot cocoa for the eyes and soul, so I’m ecstatic she opted to lend it to our pint-sized, pre-pubescent Punisher!”

Millar, who has been a Kevin Smith fan longer than I have, and is pleased with the collaboration.

“Kevin is one of my favorite people in Hollywood. He writes dialogue the way I wish people talked, and his intelligence and humor fits into this world just so perfectly. I wrote him a fan letter over twenty years ago asking to see his Superman script and I was there when Clerks was screened in Scotland even before that, so you can imagine how delighted I am to be somewhere on the same credit page as this guy.”

Smith’s run begins with issue #13 and will run for 4 issues, as he announced back in May.

I just finished my final #HitGirl comic book script for the 4 issue mini-series I’m doing for @mrmarkmillar! Had a blast writing it! After the @JeffLemire story set in Canada, I get to take Hit-Girl to Tinsel Town in a story I’m calling HIT-GIRL: THE GOLDEN RAGE OF HOLLYWOOD! pic.twitter.com/NuGntMJxSU

I am excited about this collaboration, and will definitely seek out these Hit-Girl issues to read. I am so glad that Ørum’s career is taking off, and I can’t wait to see what she does next.

Next post STAR WARS: RESISTANCE’s Spot In The Timeline Revealed!