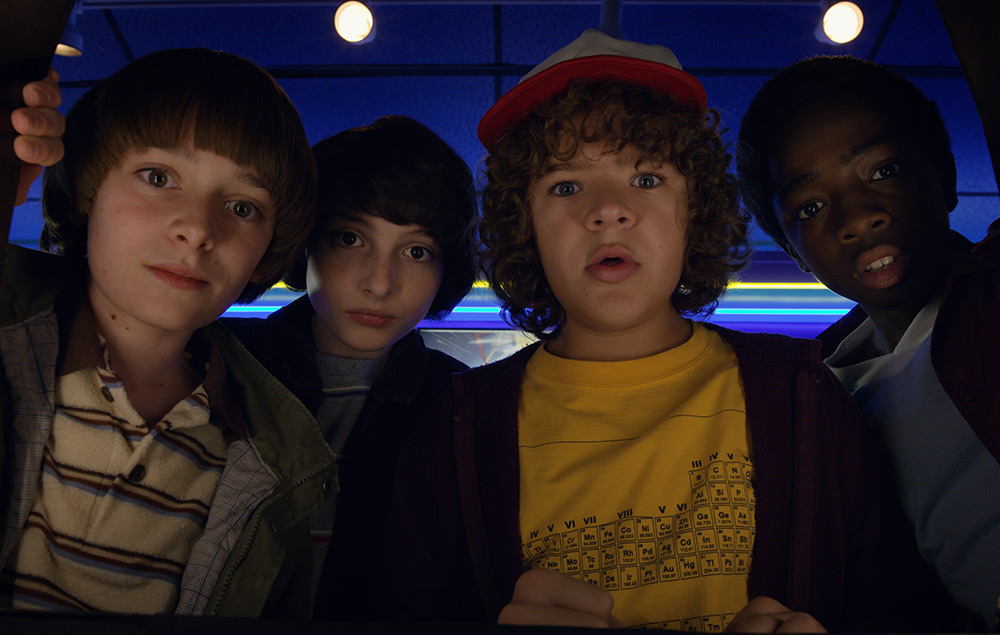 Stranger Things is one of Netflix’s best original properties. While it is a horror/thriller story, it also is a love story to the 80’s. A show about nerdy kids in the 80’s is going to have a ton of pop culture references. The show has been influenced by Stephen King and Steven Spielberg, but now it will be getting another influence.

David Harbour, who plays Chief Hopper on the show, gave an interview to Variety, and in it he mentioned what the third season would be influenced by.

Fletch was a 1985 comedy starring Chevy Chase as a newspaper reporter. He was known for using many different identities in order to go undercover to get the best story.

Who knows what the specific influence of the film will be. Perhaps it will be through Jake Busey’s new character Bruce, who is a “journalist for The Hawkins Post, with questionable morals and a sick sense of humor.”

While season 3 will be dark, there will be some humorous moments in it as well, like Hopper dealing with Eleven growing into being a young woman.

“Their relationship is going to get far more complex, because, you know, things happen to girls and boys when they’re 13 and 14,” he said. “A lot of changes go on in the body and in your social life, and I don’t think he’s going to handle watching her become a woman in front of his eyes very well. That’s a horrifying thing for him — maybe even more so than fighting inter-dimensional monsters.”

Season 3 of Stranger Things is expected to feel different than the first two. That is risky, because you don’t want to be too different where it doesn’t feel like the show you like, yet on the other hand, if they don’t take risks, the show becomes stale. There is a nice middle ground there where they need to try to operate.

If you haven’t seen the first Fletch movie, I suggest you check it out. It is definitely the perfect vehicle for Chase’s dry sarcastic sense of humor. There is a sequel as well, Fletch Lives, but we don’t have to talk about that here.

Stranger Things season 3 will air some time in 2019. Are you excited for it?

Previous post BREAKING: The Writers And Directors Of DOCTOR WHO Season 11 Have Been Announced