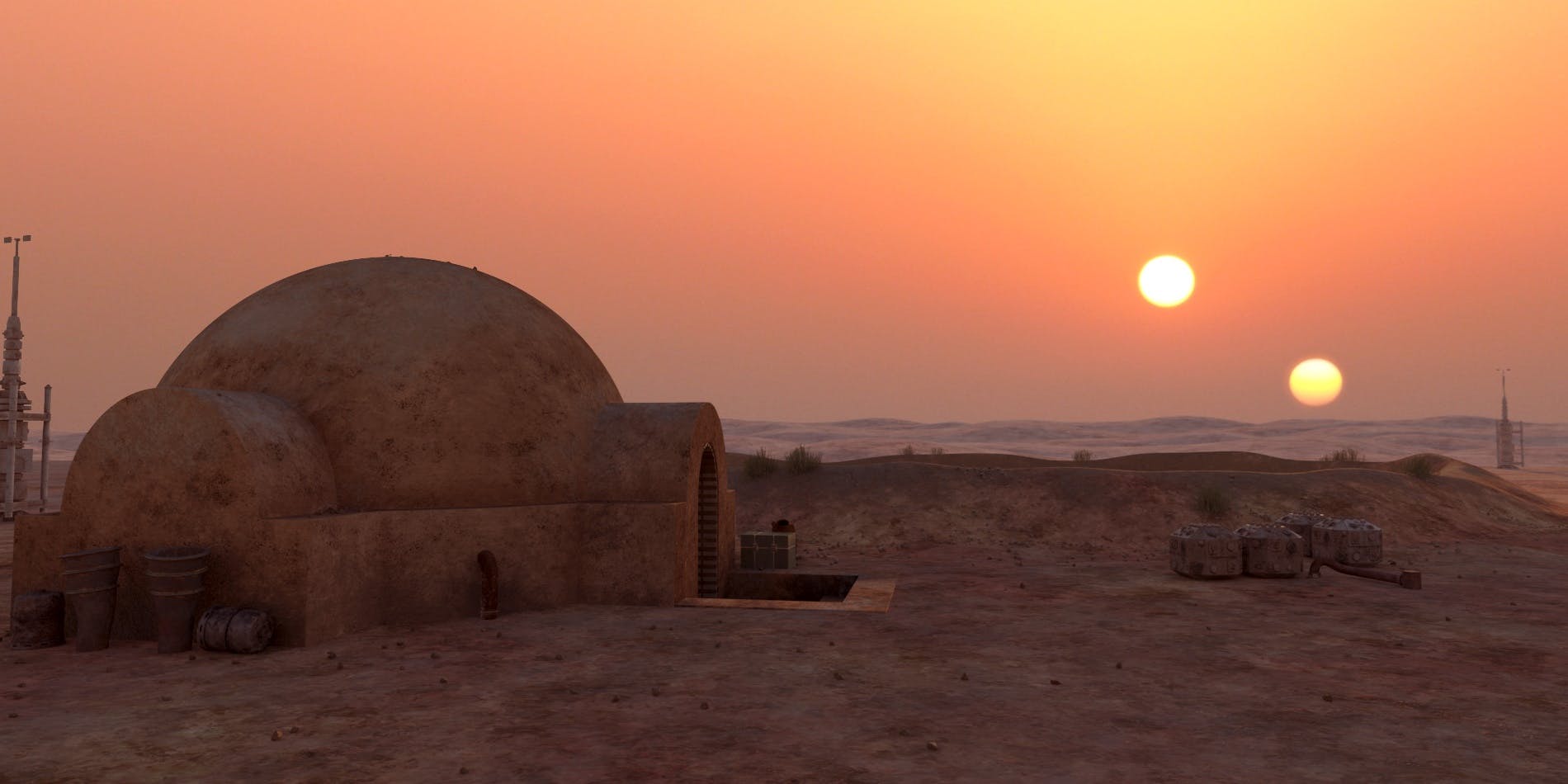 Star Wars fans are in a peculiar place at the moment. With Solo: A Star Wars Story coming and going and Star Wars: Rebels concluded, fans are still waiting for their first serious look at the upcoming animated series Star Wars Resistance and it will be an even longer wait before any footage is revealed for J.J. Abrams’ Star Wars: Episode IX or Jon Favreau’s upcoming live-action series. For the first time in a while, it feels like fans are stuck and waiting.

In this period of uncertainty, CinemaBlend has picked up a small but intriguing story. In an interview with production designer Neil Lamont, the site learned that one of Lucasfilm’s “upcoming-but-stopped” projects was set to feature Tatooine.

“We were just starting our work on another Star Wars spin-off and yeah. We were actually just making our mark on Tatooine — which would have been interesting and some other new galaxies. So hopefully, if that comes back, we’ll get the chance to be able to do that further.“

While it’s technically possible that this could have been James Mangold’s short-lived untitled Boba Fett film, I think we can all safely agree that this project was more than likely the Obi-Wan Kenobi spinoff. After all, there is a nineteen year long gap in Kenobi’s life between the end of Revenge of the Sith and A New Hope, where he lived as a hermit on Tatooine and watched Luke Skywalker grow up from afar.

While Ewan McGregor recently said that there weren’t plans for a Kenobi film, I do hope that changes down the line. I still maintain that there is a ton of potential for such a spinoff film, provided that it’s done as a lower budget character study and not a sprawling action blockbuster.