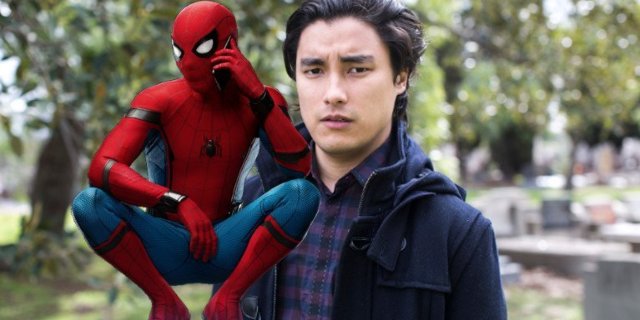 Spidey is getting some company in his upcoming movie, Spider-Man: Far From Home.

The Wrap  is reporting that the Crazy Rich Asian‘s star Remy Hii is joining Tom Holland and Jake Gyllenhaal in Spider-Man: Far From Home. His role is being kept under wraps for the time being, but with Holland’s recent Instagram video that shows Peter getting blasted away by a strong water force, many are speculating that Hydro-Man may be in the movie, and the recent rumors on Reddit about him appearing may point to that being the role Hii has.

You can read a transcription of the rumor below, which includes some Avengers 4 info. Take this all with a grain of salt, as this does come from a user on Reddit.

So as you can imagine, info was really limited for A4 and FFH. For FFH they talked about how Peter is going on a school trip to Europe. They said that among his challenges is dealing with a new character which they said was Nick Fury. They mentioned an action sequence with Spiderman flying through the streets and canals of Venice and they showed artwork of some large water monster.

For A4, it was really limited info but they did say the movie essentially deals with the surviving Avengers figuring out how to work as a team, so much so that there are matching outfits. They showed artwork of all the remaining Avengers in some sort of sleek white outfit, even Hulk and Rocket.

Spider-Man: Far From Home takes place after Avengers 4 and is the first film in the MCU’s Phase 4. Tom Holland is back as the friendly neighborhood Spider-Man, but this time he’s not swinging around NYC, he’ll be touring Europe on a trip with friends and battling the villainous Mysterio, who will be played by Nightcrawler actor Jake Gyllenhaal. Michael Keaton is also reprising his role as the Vulture. The film is set to release July 9, 2019.