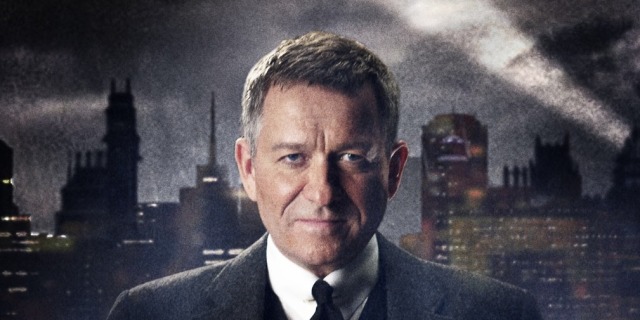 Production Weekly is reporting that Epix plans to start filming on the Batman prequel series Pennyworth on November 21 in London, and will film through June 2019. Casting is imminent, so be on the look out to see who will play the young version of Bruce Wayne’s friend and butler.

The show hails from Gotham executive producers Bruno Heller and Danny Canon, but it is NOT a spin-off of the other Batman prequel, which airs on Fox.

Pennyworth revolves a young Alfred, a British SAS soldier who goes to form a secret company with Thomas Wayne in the 1960s in London. Read what Epix president Michael Wright said about the show below.

“As genuine fans of these classic DC characters, as well as the incredibly talented Bruno Heller and Danny Cannon, we couldn’t be more excited to make Epix the home of this series. We can’t wait to work with Bruno and Danny — along with Peter Roth, Susan Rovner, Brett Paul and the team at Warner Horizon — on this fantastic origin story.”

Pennyworth will consist of 10 episodes and does not yet have a release date. Heller and Canoon released a joint statement on the series.

“Michael and his colleagues have created the perfect venue for original storytelling, and all of us working on Pennyworth are thrilled to be on the Epix slate.”

Do you think people will tune into a show about the origins of Batman’s butler? Who would you like to see as Alfred in the show? Let us know in the comments!