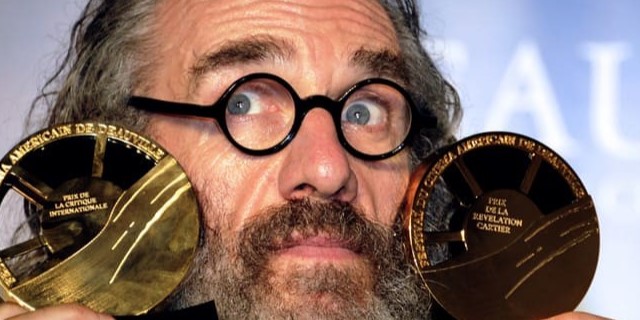 Robots are about to start taking the lead roles in Hollywood.

American History X director Tony Kaye will be using an actual robot as the main character in his new film 2nd Born, a sequel to the film 1st Born. Kaye is hoping to get the AI form recognized by SAG, since they aren’t using CGI, but instead an actual robot.

1st Born stars Val Kilmer, Denise Richards, Taylor Cole, Dominique Swain, Tom Berenger, Robert Knepper, William Baldwin, and Greg Gunberg. Ali Atshani and Sam Khoze are directing the film, with the script/story from the duo, Tarek Zhody, and Madhi Alimirzaee. It is releasing some time this year. You can read the synopsis below.

Tucker and Hamid are going to be grandfathers for the first time, but only if they can come together long enough to save their first-born grandchild.

Multiple cast members are expected to return for the sequel.

There has been a trend of using CGI to alter actors to make them younger. It has been used effectively in the Marvel movies, and will be on full display when Samuel L. Jackson reprises his role as Nick Fury in Captain Marvel which takes place in the 90s.

Star Wars took the concept a step further when they used a deceased actor. They had Peter Cushing return from the dead to reprise his role as Grand Moff Tarkin in Rogue One. A 19 year old Carrie Fisher also appeared as Princess Leia.

The difference is that both Marvel and Lucasfilm used human actors to start, with CGI overlays. Kaye wants to take the human element completely away.

That leads to the debate whether this is better or worse than what Marvel and Lucasfilm did.

Do you think a robot can be an actual lead? Do you think SAG will accept it? Would it be safer to just use CGI? Let us know in the comments below!

Next post Disney Stands Their Ground On Firing James Gunn From GUARDIANS OF THE GALAXY VOL. 3