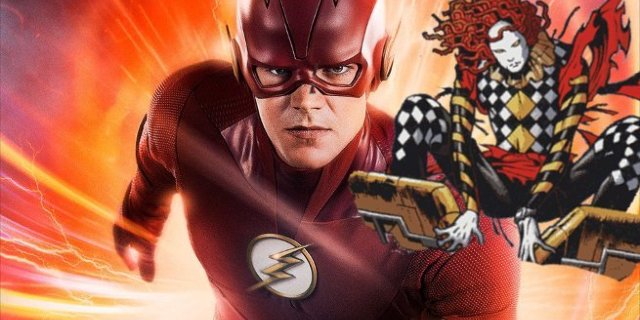 Another classic Jay Garrick villain is coming to The Flash. That Hashtag Show  is reporting that the body contorting criminal Rag Doll will be a villain on the upcoming fifth season of CW’s The Flash. No one has been cast yet. You can read the character description THS gave below.

The casting call is searching for a male in his 20s as Peter is described as an incredibly emotional damaged criminal who has the power to bend out of shape and fit his whole body into small spaces. As he is enjoying his criminal activities, Team Flash will be challenged by the Rag Doll in shocking ways as his sick plan is revealed. The breakdown specifies that they would ideally like to get actual Contortionists/Dancers or any kinds of performers who are able to contort their bodies in very disturbing ways.

Rag Doll, AKA Peter Merkel, first appeared in Flash Comics #36 which released in December 1942. The character was created by Gardner Fox, but was revamped in a much darker way by James Robinson when he was writing Starman. Merkel has the ability to contort his body in disturbing ways because of his tripple-jointed tendons and ligaments. He started his life of crime after the circus he worked for started to go out of business. He decided to hide himself in with the rag dolls in a toy store so he could rob it after hours. Following this success, he moved to Keystone City, where he could expand his criminal operations. He was later stopped by The Flash.

The Flash will return for season five on October 9th, 2018. Barry and Team Flash will take on the villainous Cicada this season, played by Chris Klein. In the comics, Cicada is an immortal being who is worshiped by a cult that seek to keep him in power forever, and to help resurrect his wife. He also has the ability to drain people of life using the powers he got after being struck with lightning. We’ll see how much carries into the show though.

Next post RUMOR: Tom Cruise Is A Frontrunner For Hal Jordan In GREEN LANTERN CORPS