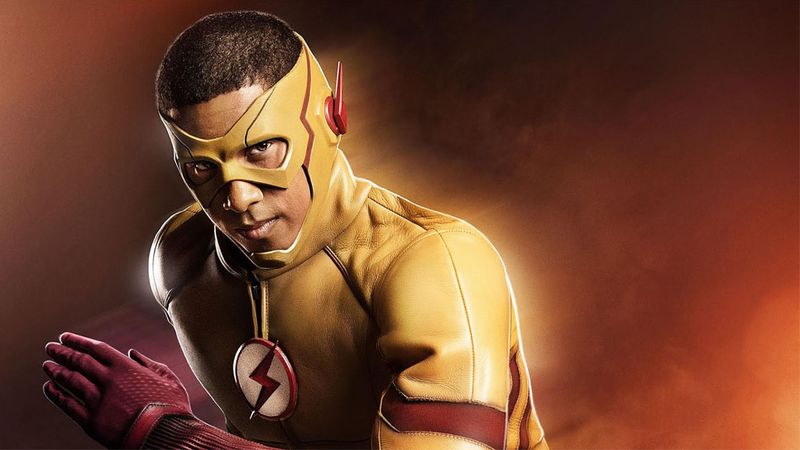 Last year, Keiynan Lonsdale left The Flash only to join Legends of Tomorrow as a series regular. He plays an important person in the DC mythos – Wally West AKA Kid Flash. He appeared back on The Flash for the season finale. It was assumed that he would be a regular on either or both shows again.

But then Lonsdale announced he was leaving the Arrowverse as a series regular.

In his statement, he made a point to say that he will occasionally return, just not full time.

Now we know how much we will see him. The Flash showrunner Todd Helbing told Newsarama about it.

“You will see Wally in the first episode.” Helbing revealed. “He is in three episodes this season. We don’t have as much time with Kid Flash as I think everyone would like to see, but the story we have for him is really cool.”

One of those appearances is the premiere. The other two? Who knows. If I had to guess, it would be the crossover and the finale. But it could just be the first three episodes. If they have a “really cool” story for him, it wouldn’t be that spread out.

No word on if he will also appear on Legends of Tomorrow this season, but it seems doubtful. After all, both Wally and Sara Lance went to their parent shows for the finales, so that means the Waverider stopped in present day Earth. So logistically it can make sense that he doesn’t return.

When Lonsdale promised a return, I thought he was speaking in vague terms. A “never say never” type thing. But for him to actually still be a part of things, while having the freedom to follow his other passions is great. Besides, he could always return full time in the future if he wanted to. Colton Haynes did just that on Arrow.

I am excited to see what Wally has to contribute when The Flash returns Tuesday, October 9th, at 8/7c only on The CW.