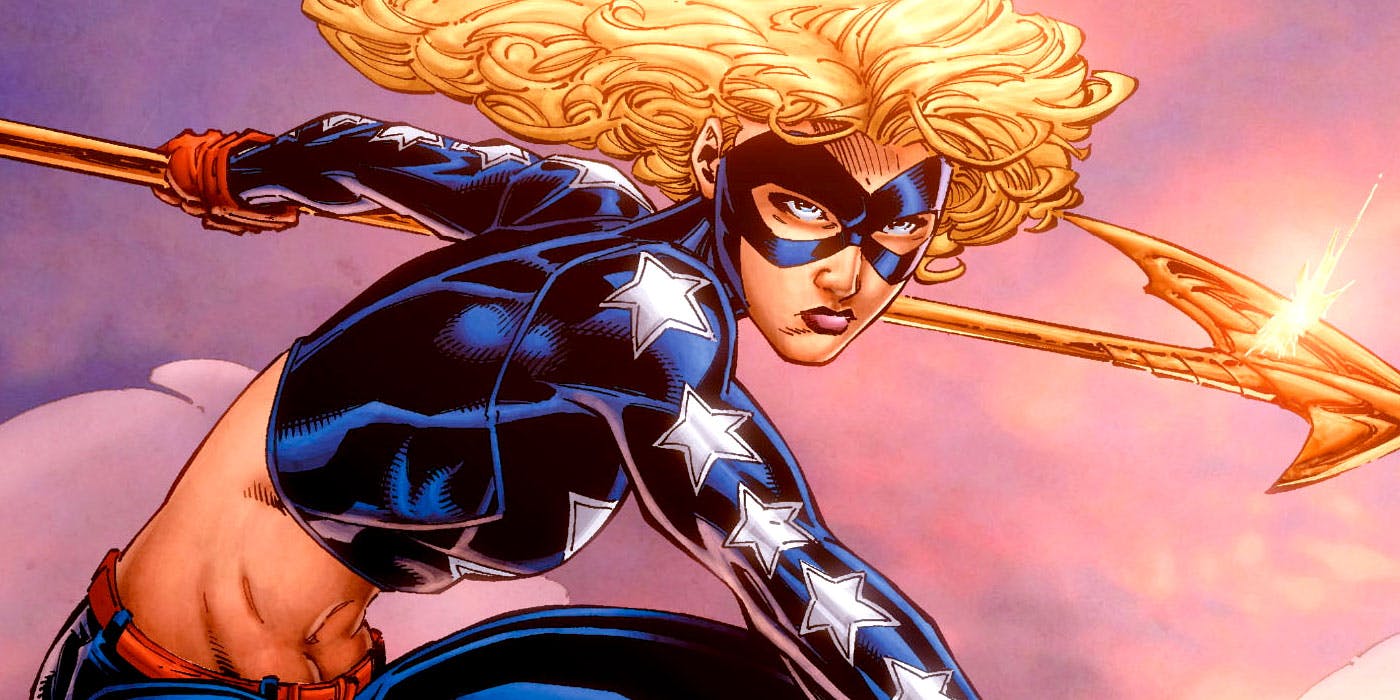 Geoff Johns has contributed a great deal to the cast and mythos of DC Comics. While most will point to his contributions to the lore of the Green Lantern Corp, his most personal addition to the comics is most likely Courtney Whitmore, better known as Stargirl. The character is famously known for being based on Johns’ sister (also named Courtney), who tragically died in the 1996 TWA Flight 800 explosion. It was announced last month that a Stargirl series would be made and hit the upcoming DC Universe streaming service sometime in 2019, with Johns writing and executive producing the show.

Now ThatHashtagShow has reported details on what to expect for the show’s version of the character. First the site states that the series is aiming to cast “an 18+-year-old actress, of any ethnicity, to play a 15-year-old Courtney.” That bit on any ethnicity being open for the part is exciting, but we’ll have to wait and see what happens there.

Perhaps more importantly though is essentially a basic premise for what fans can likely expect to see in the early episodes of Stargirl:

“Described as an intelligent, compassionate and athletic young woman, Courtney is witty as well as an incredible kind individual who is living a perfect teenage life in Los Angeles, California. However, her life is completely changed when her mom gets married. Because of this, Courtney is forced to leave her life in L.A. behind as she moves to Blue Valley, Nebraska with Courtney’s mom’s new husband and his family. While she struggles to adjust to life in Nebraska, from attending a new school to living with a step-family, Courtney’s life is forever changed when she discovers that her stepdad has a big secret. He used to be a superhero’s sidekick and Courtney takes it upon herself to “borrow” this superhero’s cosmic staff which leads Courtney to become a surprising inspiration as she leads a brand new generation of superheroes!“

Full disclosure, the only real experience I have with Stargirl are a few extended clips I’ve seen on YouTube from the cartoon show Justice League Action. She seems like she’s a fun character and I’m curious to see how her solo show will turn out.

Are you excited to see Stargirl? Whatever your thoughts, be sure to leave your thoughts in the comments section below!

Previous post THE FLASH: Keiynan Lonsdale Will Only Appear In Three Episodes

Next post Fox Is Developing A Sequel To THE SIMPSONS MOVIE