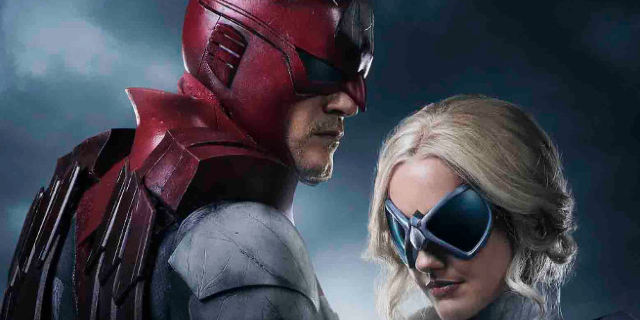 Hank won’t be the only Hall in Titans, as his brother will be in the show as well.

According to SuperBroMovies How To Get Away With Murder star Elliot Knight will be playing Donald ‘Don’ Hall, the original Dove and brother of Hank Hall, aka Hawk. He will only be appearing in flashbacks, so I have a feeling he will perish before whenever the show takes place, as Minka Kelly’s Dawn Granger will be the current Dove.

Created by Steve Ditko, Hank and Don first debuted in the 1960s Showcase #75, and later spun off into their own title: The Hawk and the Dove. Ditko only wrote the first issue of the series. The book was cancelled after only six issues. They reappeared again in the 70s and 80s, usually around the Teen Titans. Don was later killed of in Crisis On Infinite Earths. The second Dove, Dawn Granger, debuted in 1988 in a five-part miniseries. After positive reception, an ongoing title was green lit, which lasted 28 issues. It is the longest lasting ongoing Hawk and Dove title.

When the casting of Minka Kelly and Alan Ritchson’s Dove and Hawk was first announced, the producers were said to be exploring a possible spin-off series for the duo, and it wouldn’t be surprising to see Knight reprise his role in more flashbacks if the spin-off is green lit.

Are you excited to see the first live action Titans? Do you think it will stay true to the comics or will it try to be too mature? Let us know in the comments!

Previous post Netflix’s THE WITCHER To Film In Hungary

Next post THE FLASH: Keiynan Lonsdale Will Only Appear In Three Episodes