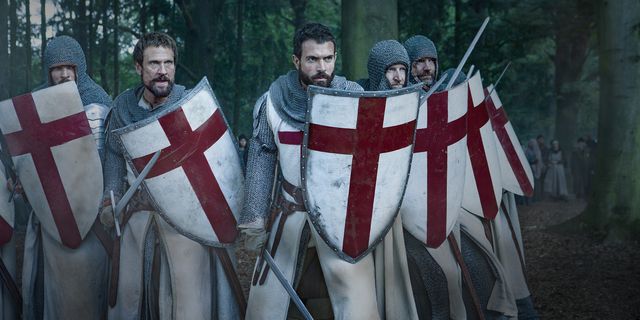 With a new showrunner on board, the History Channel’s Knightfall has a Jedi in its midst.

THR is reporting that Mark Hamill has joined the show for its sophomore season with The Flash‘s Aaron Helbing heading it. The first season was met with luke-warm reviews but strong viewership ratings over 2 million strong. Seven months have passed since the first season aired, and with renewal up in the air, many were unsure if the antediluvian show would return. You can read the official synopsis for the show below.

“The Knights Templar were the most powerful, wealthy and mysterious military order of the Middle Ages, entrusted with protecting Christianity’s most prized relic—the Holy Grail—and harboring secrets capable of great destruction.

Knightfall goes deep into the clandestine world of this legendary brotherhood of warrior monks. From their battles in the Holy Land, to their complex relationship with the King of France, to the betrayal that would ultimately lead to their tragic dissolution, the story of the Knights Templar has never been fully told until now.”

The series was created by Don Handfield and Richard Rayner and starred Tom Cullen, Jim Carter, and Padraic Delaney. Hamill is playing a crusader monk who named Talus, who was held captive for ten years. Tom Forbes and Genevieve Gaunt are also joining Cullen for the second season. Here’s what programming exec Eli Lehrer had to say about the renewal:

“In the face of ever-increasing competition, we’re proud of History’s track record of producing signature drama series that are epic in scope with complex characters. Whether it’s the legendary Knights Templar, the extraordinary tale of medieval Norsemen, or the story of a formerly classified United States Air Force program investigating UFOs during the Cold War, these series reflect our commitment to bringing the defining, big canvas stories of history to life. We look forward to offering our viewers a grittier, darker Knightfall in season two and welcoming Mark to the cast.”

Are you excited to see Mark Hamill in this show? Did you like the first season? Let us know in the comments below!