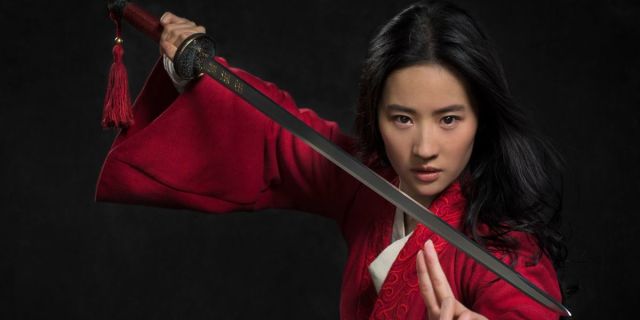 China’s army is about to get a whole stronger.

Disney has released the first image of Liu Yifei suited up as the secretly female soldier Mulan.

You can read the official synopsis below.

Mulan is the epic adventure of a fearless young woman who masquerades as a man in order to fight Northern Invaders attacking China. The eldest daughter of an honored warrior, Hua Mulan is spirited, determined and quick on her feet. When the Emperor issues a decree that one man per family must serve in the Imperial Army, she steps in to take the place of her ailing father as Hua Jun, becoming one of China’s greatest warriors ever.

The film will not be a direct adaptation of the animated feature like the recent Disney films have been, but will be more of a re-imagining of it. Their track record with live action re-imaginings has been great. Their most recent one, Christopher Robin, has been doing good at the box office. Besides Mulan, we still have Guy Ritchie’s Aladdin and Jon Favreau’s The Lion King to look forward to as well.

The live action Mulan is being directed by Niki Caro with a script from Rick Jaffa and Amanda Silver. It currently has a release date in March 2020.

Next post Dave Filoni Is Not The Showrunner On STAR WARS: RESISTANCE