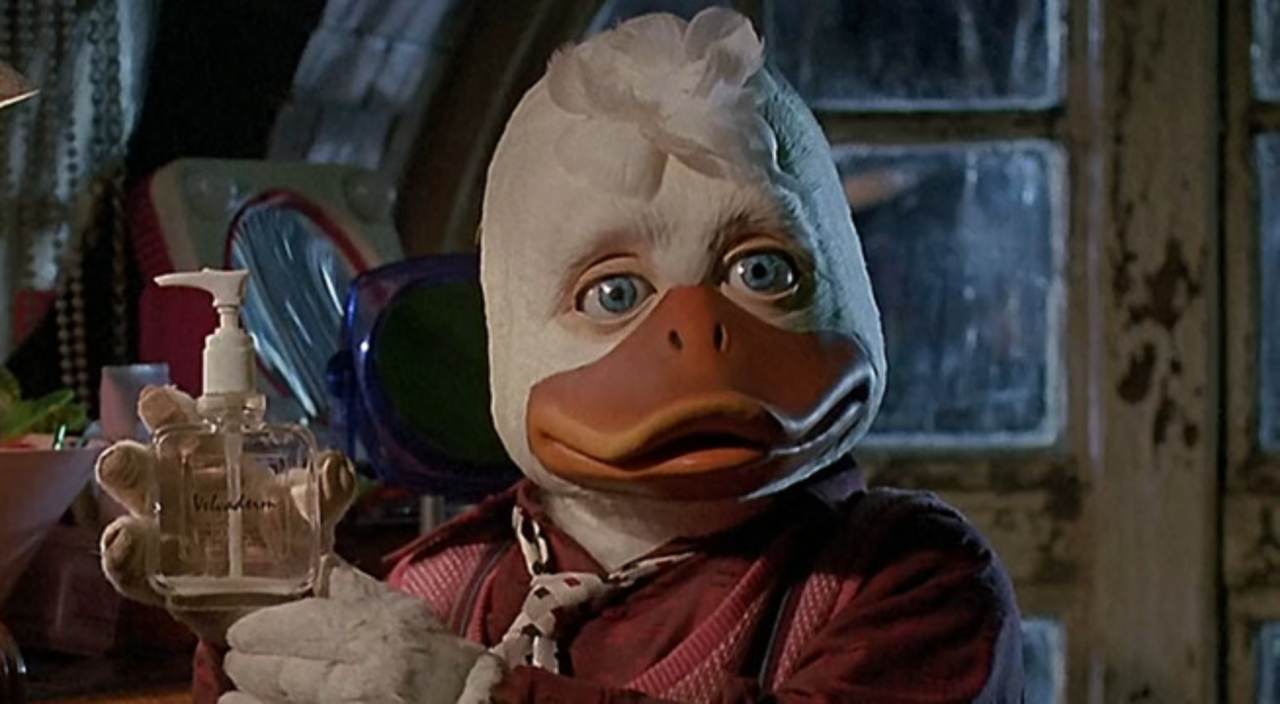 Avengers: Infinity War is one of the biggest cinematic achievements ever. After a decade of universe building, this movie was the culmination. Nearly everyone we knew from these movies showed up. There were some notable exceptions, like Hawkeye and Ant-Man, but they will have bigger roles in Avengers 4. There was someone else who was absent though: Howard the Duck.

Howard the Duck had his own standalone movie in 1986, long before the MCU was a thing. He appeared again in Guardians of the Galaxy in 2014. That would have been his key into Infinity War. Fandom has the information from co-director Anthony Russo:

“Howard the Duck was in one draft of the script. Howard the Duck actually had a really good scene… we were going to cameo with Ken Jeong, with Howard the Duck. That was a much-beloved scene by us but it just didn’t end up fitting at all.”

When asked to describe the setting of the scene, his brother Joe Russo elaborated:

“Yeah, it was [Peter] Quill trying to track down some information from Howard the Duck on some outlier planet and interrupting him during a poker game.”

Jeong starred in Community which the Russos worked on, so that connection makes sense. They have put Community references in the MCU before.

The movie is so jam packed with essential information, that it is hard to justify scenes that don’t need to be in there. While I am of the mind that some parts took too long (like Thor forging his new weapon), for the most part, the story was pretty streamlined. Anthony pretty much said the same:

“So there were lots of ideas and iterations that were on the floor for this one but I think we would end up in the correct place. It’s all a process. Sometimes you are actually just writing a bible to the universe of what that movie is and have to pare it down to what the actual narrative is.”

Who knows if we will ever see Howard the Duck again, but it shows that the Marvel brass is willing to use him. Someone like Kevin Smith would be the perfect person to direct a Howard the Duck film, if the MCU wanted to go in that direction. Smith has been teasing a big project, so even if that isn’t this, it could definitely lead to it.

Would you have liked to see Howard the Duck in Infinity War? Do you think he has a future in the MCU? Let us know.

Avengers: Infinity War is out on 4K Blu-ray and digital today.