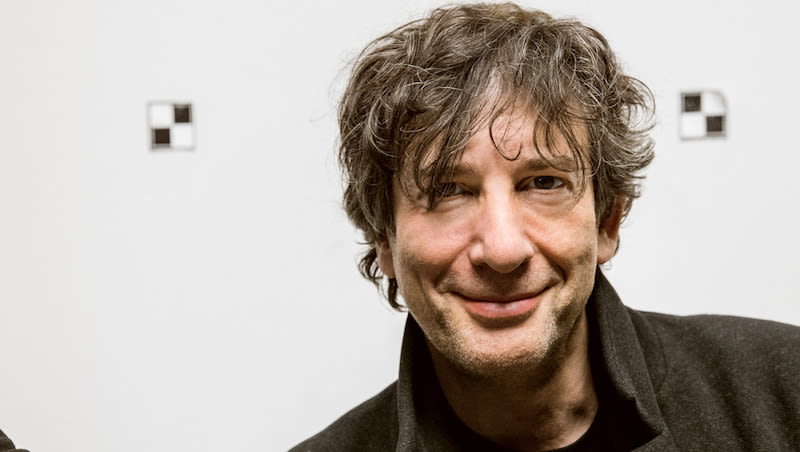 Neil Gaiman is one of the best authors working today, and maybe one of the best storytellers ever. His books are worldwide bestsellers, and his properties are being turned to movies and TV shows left and right. But no matter how big he gets, he still wants to write Doctor Who episodes.

“If you examine my DNA and you go in deep enough, with a good enough microscope, you’re gonna see a TARDIS, with a little light blinking on the top!” Gaiman said.

Digital Spy talked to the author, who wrote two episodes for Matt Smith’s Eleventh Doctor. “The Doctor’s Wife”, a great episode where the TARDIS finds a physical body to inhabit, and “Nightmare in Silver” which marked the return (and redesign) of the Cybermen.

“So the idea of writing for Jodie, or for her successor, whoever she / he / they happen to be, is… yeah, it’s Doctor Who! You can’t say no.”

The show is near and dear to a lot of people. Lord of the Rings director Peter Jackson said he would direct an episode almost for free. All he wants as payment is a screen used Dalek prop.

Though Gaiman’s last time writing for the show was in 2013, he wanted to return after that to write for 12th Doctor Peter Capaldi, but him and then showrunner Steven Moffat couldn’t work out the schedule.

“I was so frustrated over the last four years because I didn’t get to write for Peter Capaldi,” he said. “I even had a planned episode and did not get to do it, because I’ve been making Good Omens and that’s been my life.”

Good Omens is an upcoming Amazon show based off of his popular novel. It stars David Tennant who was the 10th Doctor in Doctor Who. The show is expected to premiere in 2019.

Douglas Mackinnon, a director on Good Omens, has directed episodes of Doctor Who as well, and echoed the same sentiment as Gaiman on returning to the show.

“I’d love to,” Mackinnon said. “Doctor Who’s the one call that I will always take. It’s like a drug. It doesn’t go out of your system.”

This is not out of the ordinary. Many actors, writers and directors share these feelings about the show. It is very special to a lot of people- even if my attempts to convince our Editor-in-Chief Mario-Francisco Robles that watching an episode of Doctor Who isn’t the same as a visit to the dentist have proven to be fruitless.

If Gaiman gets to write an episode for Whittaker’s 13th Doctor, it won’t be this season. New showrunner Chris Chibnall made sure to pick all new writers, who have never written for the show before. For the first time in the shows 55 year history, Doctor Who will have writers of color penning the episodes. That is baffling, considering how progressive the show has always been. It just goes to prove that no matter what you are doing, there is always room for improvement.

We do not know the full list of writers for the upcoming season, but we will be sure to keep you informed.

Segun Akinola will be scoring the music this season, the first time anyone other than Murray Gold has done it since the relaunch in 2005.

The new season of Doctor Who airs this fall on BBC One and BBC America.