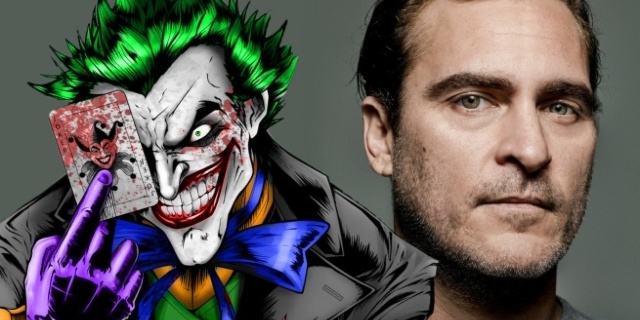 According to Omega Underground Todd Phillips’ Joker is set to begin production in New York City on September 22nd.

Phillips is directing the Clown Prince of Crime’s solo origin venture with a scrip from 8 Mile writer Scott Silver. Martin Scorsese, Joseph Garner, Emma Tillinger Koskoff, and Phillips are all on board to produce. Joaquin Phoenix will play the Joker, with Zazie Beetz playing a possible love interest, Frances Conroy playing his mother, Robert Deniro playing a late night talk show host, and Marc Maron playing Deniro’s agent in charge of bringing people on the show. Josh Pais is rumored to have a role in the film.

Now onto to the juicy rating. Phillips is apparently needing actresses that are comfortable with nudity for a strip club scene, which would confirm the R rating the film was rumored to have. This isn’t too much of a surprise given the fact that the film is being made under a darker brand of DC films, which will take place outside of the current connected universe.

Joker currently holds an October 2019 release, and even though that may seem really soon since filming hasn’t even begun yet, it will be a much more grounded film  with little to no VFX work. With a mild budget of $55 million, it will be a much different kind of comic book film than general audiences are used to. It will be the second DC film of 2019, following April’s Shazam!. While only releasing one month before Wonder Woman 1984, Joker‘s small budget will mean it’s an almost guaranteed profit for Warner Brothers.

Next post Ben Schwartz Tapped To Voice ‘Sonic The Hedgehog’