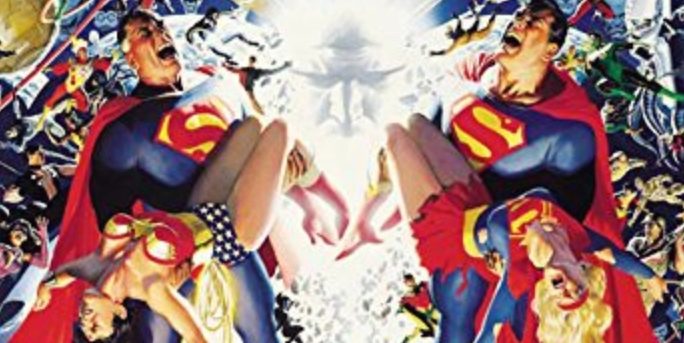 DC has shown us many interesting takes on our favorite characters and their respective mythologies throughout the years. With the purpose of pleasing a variety of fans or simply as an attempt to try something different and interesting, we have seen different versions of Batman, a communist Superman and a powerless Barry Allen in version of Earth on the brink of collapse. Though Marvel has explored the ‘multiverse’ theory ad nauseam as well; it is my opinion that DC Comics has been the one out of the Big Two that has been more radical in its ventures. Not limiting themselves to it as simply a means to tell a story, writers have woven the reality of the multiverse and alternate timelines into the core of the DC Universe to the point that fans over the years have embraced its unlimited potential for storytelling.

What makes the DC multiverse work is that is has become a key element of the DC‘s mythology and its library of characters and The Scarlet Speedster has not been the exception. If I were to tell you that the concept of the DC Multiverse was introduced via The Flash, would you be surprised? Though vaguely suggested in Wonder Woman no. 59 (1953) towards the end of said issue, it’s not until The Flash Issue #123 (1961) that we actually see a DC hero travel, or should is say, vibrate into a parallel Earth. Aptly called “The Flash of Two Worlds”, it is here that the mainstream DC community is reintroduced to Jay Garrick, The Golden Age Flash of Earth-2. This marks the beginning of The Flash’s close relationship to DC‘s Multiverse.

From saving all Earths in the game-changing “Crisis on Infinite Earths” to changing DC comics continuity and timeline in “Flashpoint”; one can see how The Flash’s history is directly linked to the linked to the fabric of the Multiverse. His specific skill set allows him to vibrate his molecules in a different Earth’s specific frequency as a means to travel to it and his connection to the Speed Force allows him to break the time-barrier to travel forward or backwards in time. The CW’s The Flash TV show have done a great job in making these themes innate to their Flash mythology, and consequentially, the Arrowverse. Which leads me to the following question:

Could the Arrowverse and other live-action iterations of DC characters be part of the main DC Comics continuity instead of a completely different entity? Could it be part of it, yet not as a parallel Earth though; but as part of a complete parallel multiverse altogether?

Run with me on this:

The version of characters that we have enjoyed for the last six years on The CW are but one iteration of characters that exist currently in the main DC Universe. Though the idea of parallel earths is commonplace for DC comics; the idea of a complete parallel universe, in my understanding, is relatively new. With the introduction of the Dark Multiverse in DC’s METAL event, the possibility of complete universes existing alongside main comics continuity is something I find intriguing. Now you might be asking yourself what is the difference between a parallel Earth and a parallel multiverse? This would be the easiest way I could explain it: a parallel Earth houses a singular version of a hero or villain; as where a parallel multiverse contains a collection of different earths that each have a different version of said hero or villain.

Herein my thesis: Alongside the main DC comics continuity which is composed primarily of all the books and source material, there are not only parallel Earths, but whole universes that exist parallel to DC Multiverse that explore DC characters in a distinct way that it could be not explored in an existent parallel Earth. As the Dark Multiverse of DC’s METAL event explored different evil versions of the Bruce Wayne/Batman character; wouldn’t there be a separate, but connected and parallel multiverse that collects all the live-action iterations of DC characters? I call this multiverse the DC ACCIOVERSE. Derived from the Latin, vivamus accio (live action), the DC ACCIOVERSE theory postulates that all live-action versions of DC characters exist in their respective Earth located within the ACCIOVERSE, while at the same time loosely connected to the mainstream DC Comics Multiverse continuity.

The reason why I find this concept so exciting is because it honors the DC live action history as a whole; but it also creates a basis for a crossover between said history, for example: DCEU (Earth WDC) and Arrowverse (Earth CWA-1, Earth CWS-38 and Earth CWX) could potentially crossover. This loose connectivity, space for originality and variety is one of the many qualities that make the DC brand so attractive to me as a fan and a theorist. This would suggest that all three cinematic versions of Batman (1989-1997, 2005-2012, 2016-2017) have their own Earths within the ACCIOVERSE, as does the Batman from the 1966 TV show and the Superman from The New Adventures of Lois and Clark to name a few.

I share this theory as nothing more than a gaze into my inner ramblings and understanding of the continuity and world while wondering how many fellow fans have asked themselves similar questions. As of this writing, I would categorize the DC Multiverse in the following matter:

DC ACCIOVERSE (All live action versions, TV and Film alike, of the characters, with each version occupying one Earth)

It may be that I am forcing a sense of connectivity where there might be none; but as a fan I can’t help but be fascinated by the possibility of relation and it allows to honor each version of these characters for what they bring to the table. What do you think? Have I lost my mind completely or does it make sense to view the Multiverse this way? How do you view the live action iterations of DC characters, should there be any relation or interaction at all?

I know that this week’s edition of The Final Lap was very light on The Flash; but don’t worry because next week we’ll hit the ground running as we explore The CW’s The Flash place within the proposed DC ACCIOVERSE and the evidence that proves that The Flash TV show takes place in an alternate timeline! And this is previously to the events of Flashpoint which take place during season 3.

Looking forward to your comments below and if you have any Flash-related topics or questions that you would liked answered via Twitter or explored in a future issue of The Final Lap, please hit me up on Twitter @LexanAlvarado .

As always, see you at the finish line,