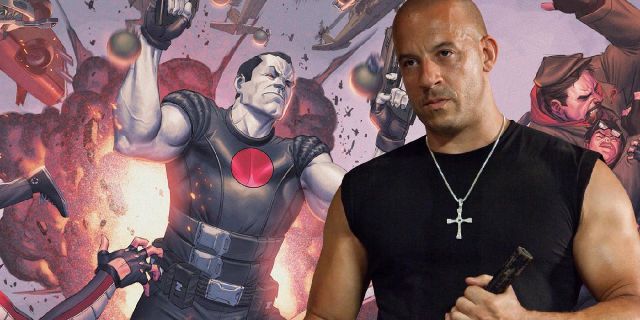 Bloodshot  is based of the Valiant comic book series of the same name. A former soldier, Raymond Garrison regained the powers of regeneration and meta-morphing through nanites that were injected into his blood. His bloodstream is filled with billions of nanocomputers that which enable his powers. After having his memory wiped over and over, Bloodshot’s goal is to track those that gave him powers down and exact his revenge for what they did to him, and discover his true identity.

The movie has a long development history, starting with Colombia Pictures hiring Jeff Wadlow to write the script. Wadlow intended to direct the project. In April of 2015 Sony announced a five-film plan for a Valiant cinematic universe, starting with Bloodshot, Harbringer, sequels to both, and Harbringer Wars. Also rumored projects include: an Eternal Warrior film which Dave Bautista is in talks to join, an Archer And Armstrong movie from Zombieland director Ruben Fleischer, and a Faith movie, which is also in development. At the same time the five-film plan was announced, John Wick directors David Leitch and Chad Stahelski were hired to direct the project. Thankfully, that fell through and we ended up getting John Wick Chapter Two instead.

After they left the project, Sony decided to focus on Harbringer and develop Bloodshot later. Development on Harbringer then slowed down and Bloodshot took the lead again, with Dave Wilson boaring the project to direct and Jared Leto in talks for the role of the villain, Angelo Martelli. That was a surprise for many considering how much he looks like the comic book version of Bloodshot. In January of 2018, Vin Diesel entered talks for the role of Bloodshot.

Jason David Frank is also attached to the role of Bloodshot in a web series called Ninjak VS The Valiant Universe.

The film currently has a February 2020 release date. Dave Wilson is directing with Sam Heughan and Eiza Gonzalez starring alongside Diesel.

Previous post SUPERGIRL: Has The GIRL OF STEEL Replaced MAN OF STEEL 2? Sort Of.