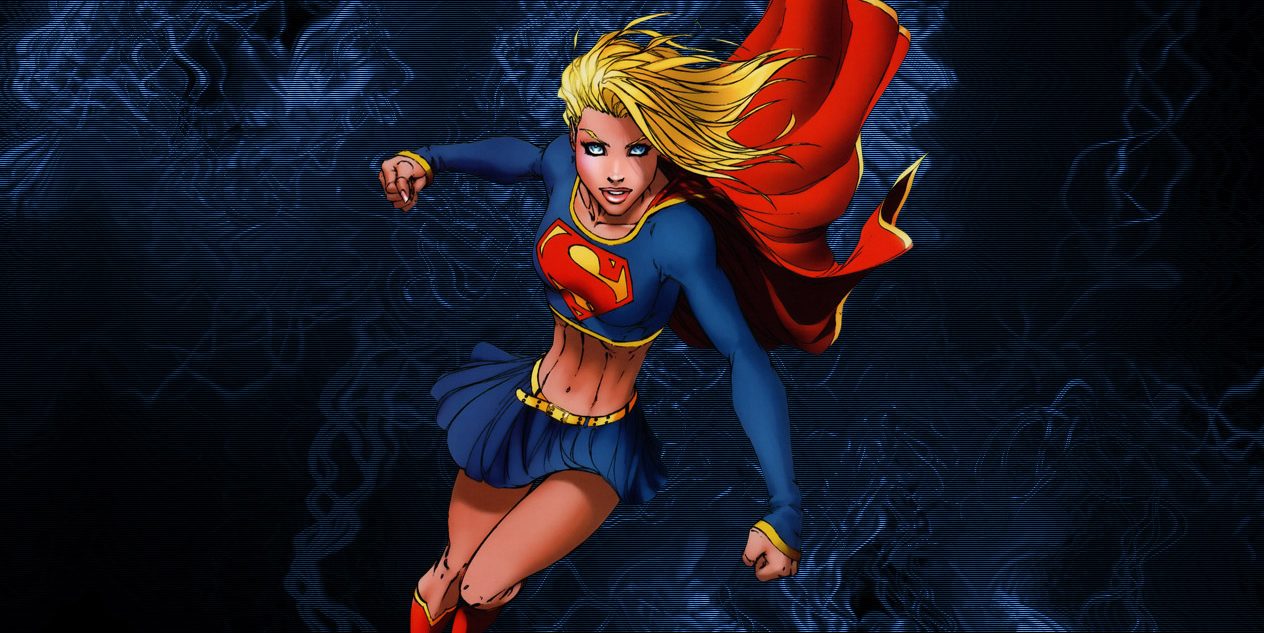 If you’re going to use any information contained in this report for a post on your site, please be sure to read every word of this and relay it accurately. The last time some of you covered a report of mine, you misrepresented what I said about the basis for Matt Reeves’ The Batman movie, and you caused a widespread panic about the film being “an origin story based on Batman: Year One,” when that was never a claim I made. I made that clear the very next day, when I realized the panic and confusion you’d caused.

“SUPERGIRL: Has The GIRL OF STEEL Replaced MAN OF STEEL 2? Sort Of.”

Yesterday, when it was announced that Warner Bros. and DC Entertainment were developing a Supergirl movie, the reaction was somewhat surprising. Rather than an overwhelming sense of joy from fans about the idea of Kara Zor-El getting the big screen treatment now, in the Golden Age of Superheroes- and at the dawn of the Female Superhero Revolution that began last year with Wonder Woman– the most prevalent reaction I saw was, “How could they do this to Superman?”

And that’s actually a fair question.

See, as of this writing, there’s nothing new to report about the state of a sequel to Man of Steel or a solo Superman movie of any type. As I’ve chronicled across two in-depth pieces (which you can see HERE and HERE), contract talks between Henry Cavill and Warner Bros. haven’t gone anywhere in a while, and so the Superman Sequel the studio had been meeting with directors for relatively recently…is currently in a state of limbo.

Enter the Girl of Steel…

I first heard of a potential Supergirl movie a few months back, around March/April to be exact. It came onto my radar at a time when two things were becoming abundantly clear:

See, in the spring, I- and others– started reporting that sources within WB wanted to “make Superman the glue that ties all of the DC movies together.” Internally, there was a ton of chatter at the studio about how to get the Last Son of Krypton back out there after Justice League gave them cold feet about how to proceed, and I’d heard they were optimistically hoping to get a Superman movie into theaters in 2020.

But then, as is now old news for anyone who follows Revenge of The Fans, talks between Cavill’s camp and the studio dried up (for the time being), and myself- and other diehard Superman fans- have been anxiously waiting for positive news on that front.

That’s what makes this Supergirl news pretty interesting, because I’m told there’s nothing coincidental about it.

The studio logic behind getting this movie, which I’d playfully like to refer to as Girl of Steel for now, seems to be [Please Note This Is A Paraphrase of How I’d Describe Their Strategy. It’s Not An Actual Quote!]:

“Well, we can’t seem to get a sequel to Man of Steel going just yet, so we’ll do Girl of Steel instead.”

And, in that way, this feels like the studio’s way of letting Cavill’s team know that they’re ready and able to move on if the two sides can’t reach a new deal.

Someone closer to the situation explained it this way to me:

“If Cavill signs a new deal, he’ll actually be in the Supergirl movie and it’ll be one of several appearances they have in mind for him. But if he doesn’t, then Supergirl is going to become the new Superman of the DCU.“

It sure sounds like the studio is upping the ante.

But that’s not to say that Supergirl is simply part of a shrewd negotiation tactic. They do want to make a Supergirl movie, and- because of that- I wouldn’t expect this one to languish in the kind of prolonged “Will it ever happen?” development phase like other DC projects, i.e. Blackhawk, New Gods, Lobo, Booster Gold, Cyborg, Nightwing, Black Adam, and more.

I say that because when I voiced my skepticism about this film getting made anytime soon, that same source added, “This one will happen. This film is important to the studio, so I’d expect it to happen sooner than you think.”

What remains unclear to me is if the supposed importance of this film to WB/DC is only because of the Superman situation. In other words: Would it still be a priority for them to make Girl of Steel if Henry were to call them up today and say he’ll extend his contract on their terms? For now, it’s hard to tell.

I take heart in the fact that they’d want Kal-El in the film in a capacity similar to what we saw in the Flash/Superman race in Justice League, and has been discussed for his proposed Shazam cameo, where he’s a mentor to DC’s younger heroes.

I like that. A lot. And I like that the folks at DC Entertainment want to embrace the impact Superman has on those around him, as the beacon of hope he’s meant to be.

That’s why I’m still over here hoping the two sides can come to terms of a new deal. Which reminds me…

“Why is any of this even a thing? Henry still has one movie left on his deal!”

That’s a question I tackled on last week’s The Fanboy Podcast, which I will now answer in written form for those of you who don’t listen to podcasts.

It seems like a logical question, right? Why would there be all of this fuss, and such emphasis put on a new deal if- technically- Cavill still has an active deal with the studio?

Walter Hamada and the rest of DC Entertainment’s sights are set firmly on the future. They want these next films to be indicative of where they’re going and what audiences should expect from future DCU movies. With that in mind, they need to make sure everyone they shine a spotlight on is actually sticking around for the long haul.

Simply put, they can’t risk making a Superman sequel and then having Henry Cavill say “Ok, I’m going to go be James Bond now unless you want to pay me a billion dollars. Bye!” They need to know that they’ve got Henry locked in before they continue to establish him in the public eye as their Superman. That’s also why the Shazam cameo is up in the air (and could totally be rewritten to feature Gal Gadot’s Wonder Woman instead- an inspired suggestion I heard from Mark Hughes).

That’s why it’s imperative a deal gets done, so all of these neat plans they have for Superman can actually get done.

That’s what makes the situation so frustrating for us Superman diehards. It’s very clear the studio wants to get the Man of Steel back out there, and they have some really great, creative ideas for how to use him as they establish the future of the DCU. And you’ve got Geoff Johns going around talking about how he, Walter Hamada, and Toby Emmerich all understand how important he is.

So come on, already! Let’s get this done. Either find the compromise that gets Henry to sign on, or pull the trigger on recasting him. Superman is bigger than any one actor, and you’ve got a legion of fans who’ve been waiting anxiously to join their hero in the sun. Make this happen, one way or the other, because I suspect the question of “How could they do this to Superman?” is going to regularly overshadow any announcement WB/DC makes about future projects. Enough is enough.