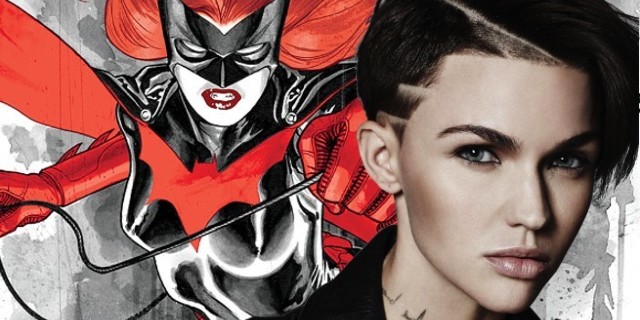 The Meg‘s Ruby Rose has joined the CW as Kate Kane, aka Batwoman!

According to Deadline, she will first appear in this year’s Arrowverse crossover before spinning off into her own series which is scheduled to debut in the 2019-2020 season.

Batwoman is one of the comic book characters held very highly by the LGBTQ community after re-debuting in 2006 as a Jewish lesbian. She was the first ever lesbian title superhero, which was DC’s attempt to diversify publications.

Caroline Dries and Greg Berlanti are headlining Batwoman, with Sarah Schecter, Berlanti, Dries, and Geoff Johns under his new company Mad Ghost Productions are producing the show, with Dries writing the pilot script. Dries has already been invloved in the comic book world before in the form of the show Smallville. You can read the official synopsis for the series below.

Armed with a passion for social justice and a flair for speaking her mind, Kate Kane soars onto the streets of Gotham as Batwoman, an out lesbian and highly trained street fighter primed to snuff out the failing city’s criminal resurgence. But don’t call her a hero yet. In a city desperate for a savior, Kate must overcome her own demons before embracing the call to be Gotham’s symbol of hope.