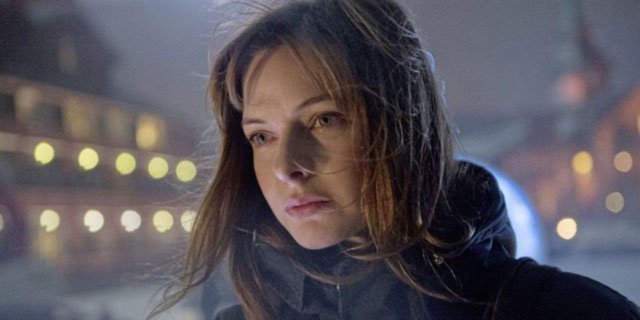 Rebecca Ferguson has boarded Sony’s new Men In Black spinoff in an undisclosed role, according to THR. She most recently starred alongside Tom Cruise in Mission Impossible: Fallout. Ferguson also rcently signed on to The Shining  sequel Doctor Sleep, where she will star alongside Ewan McGregor.

Ferguson is joining an already star-studded cast that includes Chis Hemswoth, Tessa Thompson, and Liam Neeson. F Gary Gray is directing with a script from Art Marcum and Malcom Holloway. This new spinoff it set to take the franchise to a global scale, which probably means Sony is planning a Men In Black cinematic universe.

The original MIB starred Will Smith and Tommy Lee Jones, who made a trilogy of films that started in 1997 and ended in 2012, with Josh Brolin playing a younger version of Tommy Lee Jones in the third one.

The untitled film currently has a release date of June 14, 2019.

The casting for this film has shown that the production really has its finger on the pulse of who the hottest young stars in Hollywood are right now. Hemsworth, Thompson, Kumail Nanjiani, and Ferguson are names very indicative of the hottest projects and trends coming out of Tinseltown, so this new MIB should definitely appeal to a whole new generation of fans. It’s a very savvy move, really.

Do you think Men In Black has franchise potential? Are you excited to see Tessa Thompson and Chris Hemsworth reunite? Let us know in the comments!