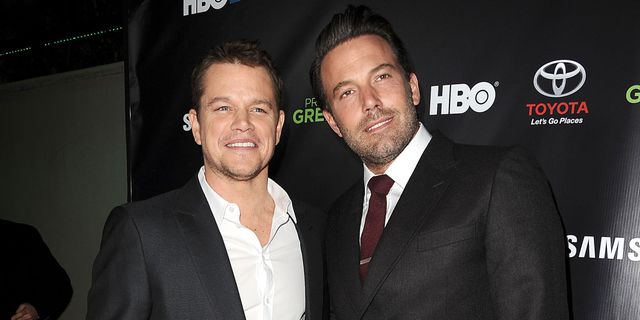 Friends Ben Affleck and Matt Damon are teaming up to do a movie about the McDonald’s resturant franchise Monopoly scheme, reports Variety. The duo paired after Fox won the rights to the true crime story which was recently published in The Daily Beast.

The story begins with Michael Hoover, an ex-cop, claiming he won a million dollars in the McDonald’s Monopoly Game.

“The camera crew listened patiently to his rambling story, silently recognizing the inconsequential details found in stories told by liars. They suspected that Hoover was not a lucky winner, but part of a major criminal conspiracy to defraud the fast-food chain of millions of dollars. The two men behind the camera were not from McDonald’s. They were undercover agents from the FBI. This was a McSting.”

Before starting on this film, Affleck first has to star in the Netlfix political thriller The Last Thing He Wanted from director Dee Rees, and Damon is starring in James Mangold’s Ford Vs Ferrari, where he will play car designer Carroll Shelby.

While some fear this spells the end of Ben Affleck’s run as Batman, based on director Matt Reeves’ comments yesterday, it sounds like even if he’s in The Batman, it’ll be minimal. So there’s nothing to say that this would conflict with that DC commitment.

Next post Cameron Welsh On The Eradicator Appearing On KRYPTON