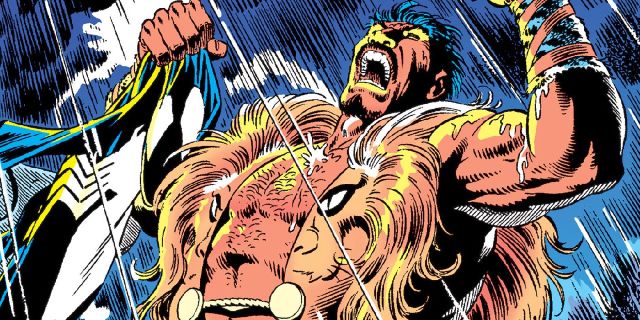 With Equalizer 2 performing strongly at the box office, Sony is quick to favor its writer Richard Wenk by handing him the keys to Kraven The Hunter, another one of Sony’s Spider-Man-less Spider-Man spinoffs, according to Collider. Wenk will be writing the film based on this Spider-Man foe.

Kraven’s most famous story, Kraven’s Last Hunt, is unlikely to be adapted due to it being about Kraven hunting down Spider-Man, as EW confirmed that these new films would have no connection to Spider-Man. There is a chance it could be based on the recent Lethal Protector arc in the Venom comics, where Kraven hunts Venom down. Although I doubt they will include the dinosaurs living underneath New York City if go this route.

The first film of Sony’s new universe will be Venom, which is releasing in October. The box office results of this film will likely determine how Sony proceeds with their Marvel universe, but based on the new trailer, it may end up being a surprise hit. Their second film, Morbius, is set to begin production this Fall starring Jared Leto from director Daniel Espimosa. Gina-Prince Bythewood’s Black Cat and Silver Sable movie Silver and Black has been delayed indefinitely due to script issues. Silk, based on Marvel’s Korean-American superheroine, is also reportedly in development. A Mysterio solo film was also in development at one point, but that seems unlikely given his role in the MCU’s new Spider-Man movie.

How do you feel about this Spider-Man villain universe? Do you think these characters can carry their own movies? I feel like the only person who is optimistic about these films because Sony is willing to explore the darker comics that the MCU doesn’t seem to want to stray into.

Next post REVENGE REPORT: Matt Reeves Confirms A Metric Ton of RTF Intel On THE BATMAN