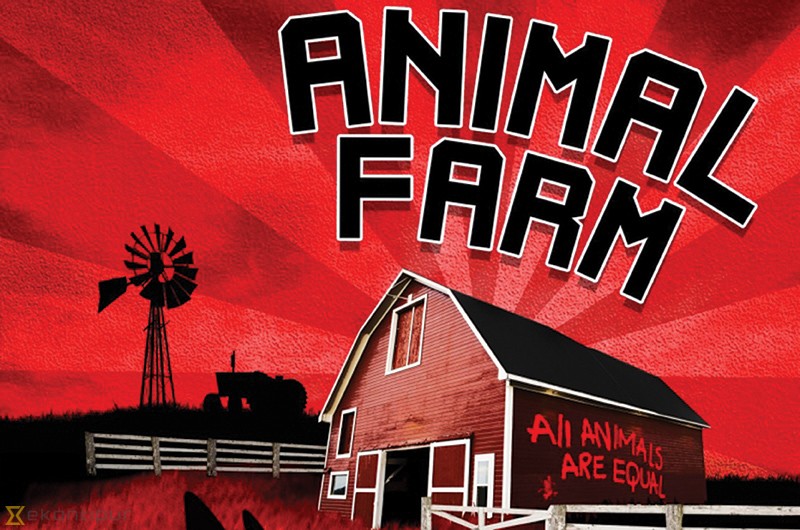 I guess you can say Netflix has joined the Serkis! First, they bought Andy Serkis’ Jungle Book adaptation Mowgli off of Warner Bros. Shortly after, they have acquired the rights to develop his adaptation of George Orwell’s famous novel Animal Farm.

Serkis acquired the rights, originally thought of as a TV project, to the novel in 2012. It evolved into a film, and now Netflix will produce and distribute it. Future Batman director Matt Reeves is also producing.

Animal Farm was a novel written in 1945 which served as metaphor for Stalinist Russia. Deadline, who broke the news, has a synopsis:

The premise involves a group of animals who rebel against the humans who own their farm and win their independence. The architects of the revolution create a utopian environment based on equality, but a pig named Napoleon twists the original intent, slowly eliminates his rivals and enacts seven commandments — the basic of which declares that “all animals are created equal, but some animals are more equal than others.”

The main characters are animals, and Serkis is directing, so it comes as no surprise that the film will involve motion capture performances.

Serkis says of the project:

“We are incredibly excited to have finally found the perfect creative home in Netflix for this extraordinarily zeitgeist work by George Orwell,” Serkis said in a statement. “On top of that, to be re-united with my great friend Matt Reeves — with his acute sensitivity, storytelling intelligence and honesty and command in this realm — is to have the very best scenario for our long-held passion to bring this fable alive.”

“Andy is such an incredible artist — he is truly a force of nature and a beautiful soul. To be able to work with him again and with Jonathan and Netflix to see Orwell’s classic tale brought to life in a totally new and exciting way is an absolute dream.”

It seems like all parties are excited to get this made. Animal Farm is one of the most read books ever, having been required reading for many schools throughout the country. The message of the story has always been important, but it is especially relevant now, due to what is happening in the world.

No word on who will be in the cast, or when the release date is, but we will be sure to keep you posted.