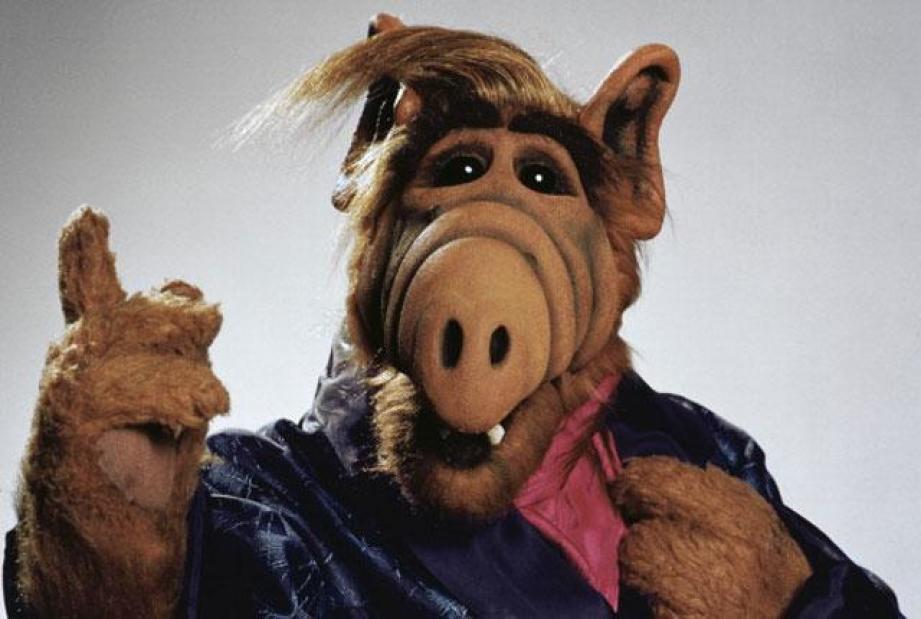 If someone said that we’d be covering Fantasy Island, 24, Frasier and ALF within the last week, I wouldn’t have believed it mysALF. But here we are. TVLine is reporting that a reboot is on the way, though it would still keep the continuity of the original.

Variety has a bit more detail on what the show could be.

One idea that has reportedly been discussed for the reboot would involve ALF emerging from Area 51–where he has been held captive since the original series finale–and observing how much the world has changed since that time.

The originALF show ran from 1986-1990 on NBC. I wasn’t ever into the show, I certainly don’t have the boxset on my bookshALF. But I am familiar with character.

In the original series, ALF of the planet Melmac crash lands in the suburbs and takes up residence with the middle class Tanner family.

No word on who would it air it, but it should definitely be called ALF: The Next ChALFter. Or ALF: The Second HALF.

Nostalgia is definitely the most popular – and most ALFddictive – thing around. What was old is now new again. We live in the age of reboots, remakes, and sequels. They keep generating money, so it will not cease anytime soon.

It isn’t known at this time if a puppet will be used again, or if they will move to CGI. For budget reasons, I would guess that they would use a conventionALF puppet. While it is not vitALF to do so, it would certainly be much more practicALF. Plus, it would definitely please the fans, and be cheaper in the long run. Avoiding a scandALF before the show airs would be beneficial to everyone. It would dALFinitely feel more naturALF as well.

Reboots are the new normALF. We seem to be desensitized to it now. What do you make of this news? Is it sensationALF news? Or abysmALF news?

Next post Jeremy Renner Turned Down A Cameo In MISSION: IMPOSSIBLE- FALLOUT