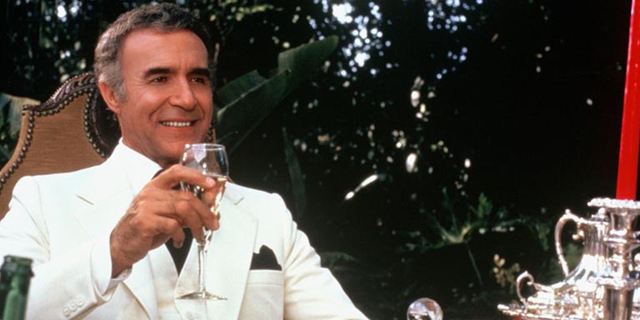 Per Deadline, Blumhouse is rebooting the cult classic series Fantasy Island in the form of a movie from Kick-Ass 2 and Truth Or Dare director Jeff Wadlow. The original show followed ‘Mr. Rourke’ and his assistant ‘Tattoo’ operating an island where people could live out their wildest fantasies, but for a price. The original show ran for seven seasons starting in 1977 and ending in 1984. The dark and supernatural themes of the series fit in perfectly with the kind of films that come out of Blumhouse, so it makes sense for them to take the lead on this reboot.

Blumhouse is teaming up with Sony, who currently hold the rights to the property. Ryan Turek will oversee the film on Blumhouse’s side and Matt Milam on Sony’s side.

Truth Or Dare scribes Chris Roach and Jillian Jacobs will co-write the film with Wadlow.

Wadlow was previously attached to Fox’s upcoming X-Force movie, but after years of being in development, he moved on from the project. He was also attached to both Sony’s Bloodshot and Fox’s Masters Of The Universe at one point as well.

Coming fresh off a box office hit with Truth Or Dare, which grossed 93 million dollars on a 3.5 million dollar budget, it’s easy to see why they would be quick to give Wadlow another film, even though neither Kick-Ass 2 or Truth Or Dare performed well critically.

Fantasy Island can provide a lot of interesting casting opportunities that might attract some big name talent with the role of Mr. Rourke. This is one reboot I’m genuinely excited for and could actually turn out really well.

Next post TERMINATOR: First Official Looks At The Cast, And Has The Title Been Revealed?