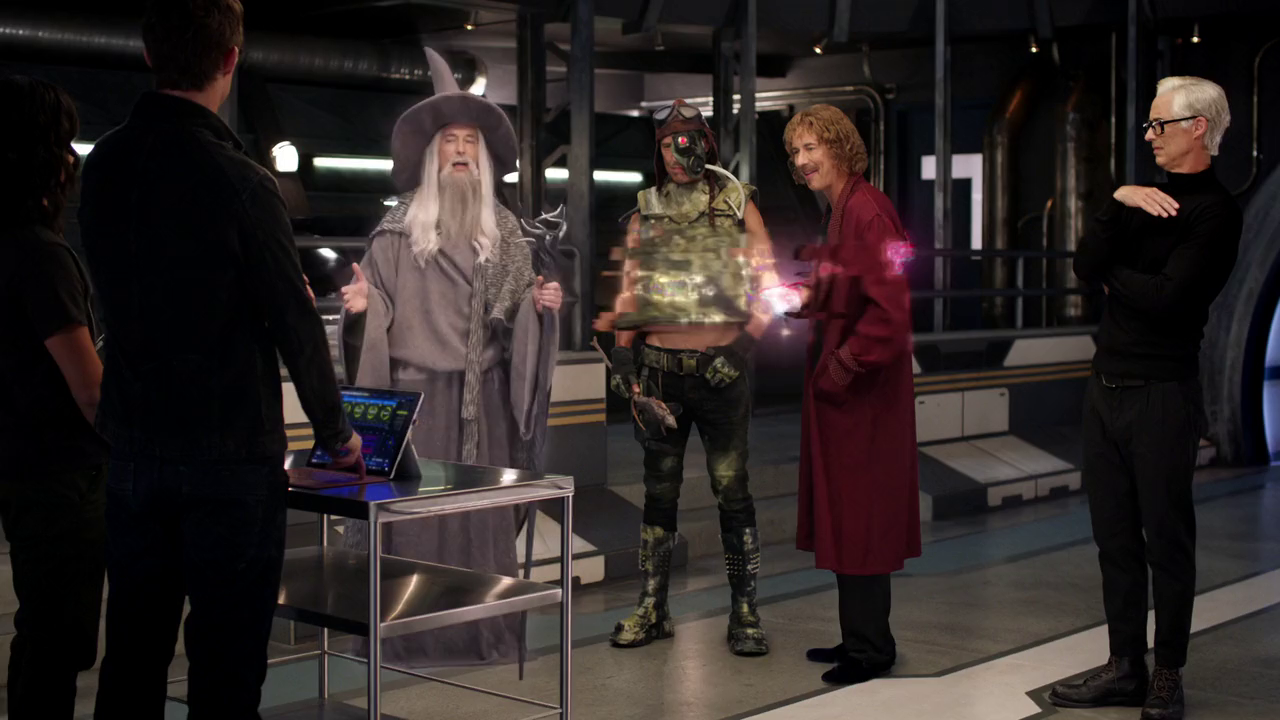 Tom Cavanagh’s role in The Flash is a unique one. He has played the same character since season 1, but from different Earths. So its a fresh take with a familiar face on the same show. It is quite a role for an actor to sink their teeth into. Last year actually saw the return of a familiar Wells, but he received the closure he needed and so come October, a new Wells will grace our screens.

As to what this Wells will be like, Cavanagh gave some hints to Entertainment Weekly:

“I’m just doing my darnedest to get this show cancelled, one guy after one guy after one guy and somehow I haven’t quite struck that note yet, but maybe this year,” Cavanagh joked. “This guy will be filled with intrigue and deceit, fun, humor, intensity, and very loud. I don’t know about the last bit, but it’s going to be really a prime-time viewing. I think. It’s good, it’s going to be really fun. You’ll have to watch and see.”

Cavanagh has played several different versions of Harrison Wells, sometimes in the same scene. Carlos Valdes, who plays Cisco Ramon/Vibe on the show, detailed the work Cavanagh puts in during a set visit last year:

“It was almost too much, you know. It was a very overwhelming process,” admitted Valdes. “Obviously, Tom is very good at riffing on this particular character and letting us see different shades of Wells, but this just goes so over the top in such a gratifying way….When we shoot different versions, actors being different versions of the same character, it takes time. You gotta get into the makeup, any sort of prosthetic or costumes and stuff like that. That takes time. You do the take with Tom, and there’s stand-ins standing in for the other versions of Tom. And then once you do that coverage, you’ve got to wait 40 minutes for Tom to get processed into another character, and then you shoot that coverage, and then you do that five times, you know. So, you have to keep that tiny scene fresh in your mind for hours while you get all that done. But I’ll say this: For as long as it took, he sure made it a lot of fun, just constantly improvising and riffing. I think people will dig it a lot.”

I know that Cavanagh is one of the biggest assets that The Flash has, and for him to play a “temporary” character always makes me nervous that he will not return. But he always done, and it is always so much fun to see what a talent like Cavanagh can bring to a serial show to keep it fresh.

We will get more details about the new Harrison Wells (it would be great if it could be one from Supergirl’s Earth!) when The Flash returns for its 5th season on Tuesday October 9.

CONTINUE READING: “JAY AND SILENT BOB REBOOT Will Have THE FLASH Cast In It“

Previous post RTF Original: ‘The Joke’s Supposed To Be On Batman, Not Us’