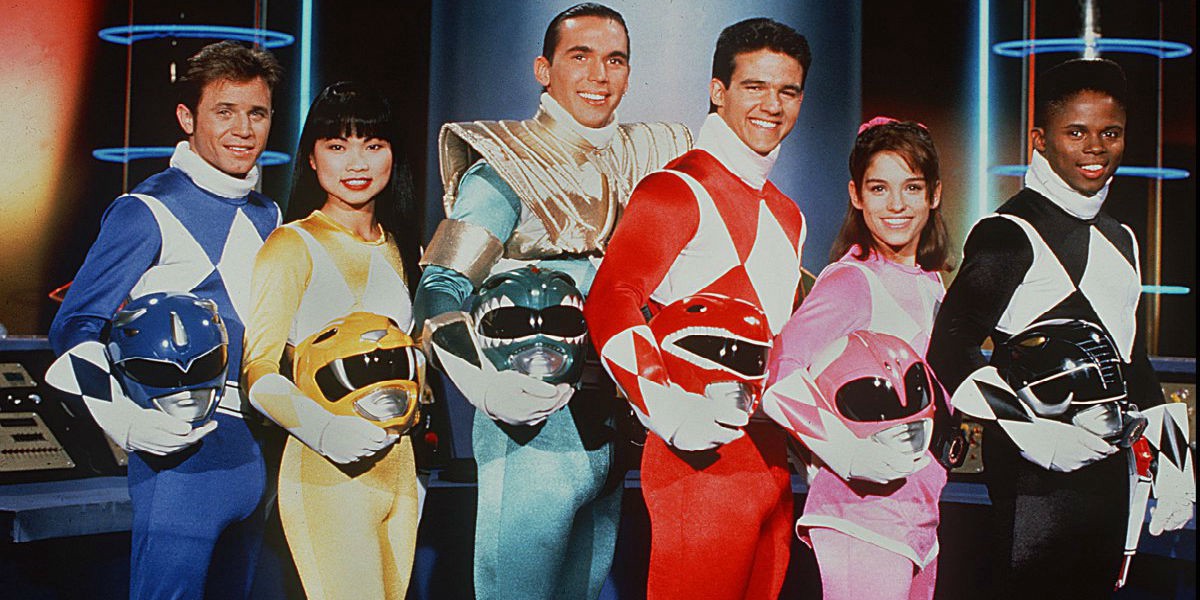 The Power Rangers franchise has been mishandled, by many different hands, but the one thing that is consistent is that they always try to honor the legacy of the show on big landmark anniversaries. The 25th anniversary is coming up, and it was known that veteran Rangers were returning to the franchise.

Now, IGN has the first picture of three of the Rangers who are returning, with more to be revealed later.

From left to right: Catherine Sutherland portrayed Kat Hillard – the second Mighty Morphin’ Pink Ranger, and went on to be the Pink Zeo and first Pink Turbo Ranger. In the middle is Jason Faunt, who portrayed Wes, the Red Ranger in Power Rangers: Time Force which is one of the best series of the franchise. Last but not least, is the most legendary Power Ranger of all time – Tommy Oliver, portrayed by Jason David Frank. Tommy has been the Green Ranger, White Ranger, two Red Rangers and a Black Ranger. He is returning with his most famous one, the Green Ranger, as seen by the morpher.

The anniversary episode will air during the run of Power Rangers: Super Ninja Steel on Nickelodeon. While episodes usually air midday Saturdays, Nickelodeon is giving this episode a prime time spot on August 28th, 25 years to the day that Mighty Morphin’ Power Rangers aired on Fox Kids for the first time.

As IGN says, there are a ton more veteran Rangers appearing. Let’s hope they get more to do than in the 20th anniversary. They can’t bring back just original characters, every kid has a favorite era, and it seems like they are trying to get a few favorites from the entire 25 year history.

I love this silly, campy, stupid franchise. It has the potential to be so much more, if they wanted it to be. But while it stays stuck in “cheap kids franchise used to sell toys” mode, I will enjoy the big anniversary episodes when I can get them.

Are you excited to see Tommy suit up again? Which Ranger do you hope will show up? Will you tune in to the prime time special on Nickelodeon?