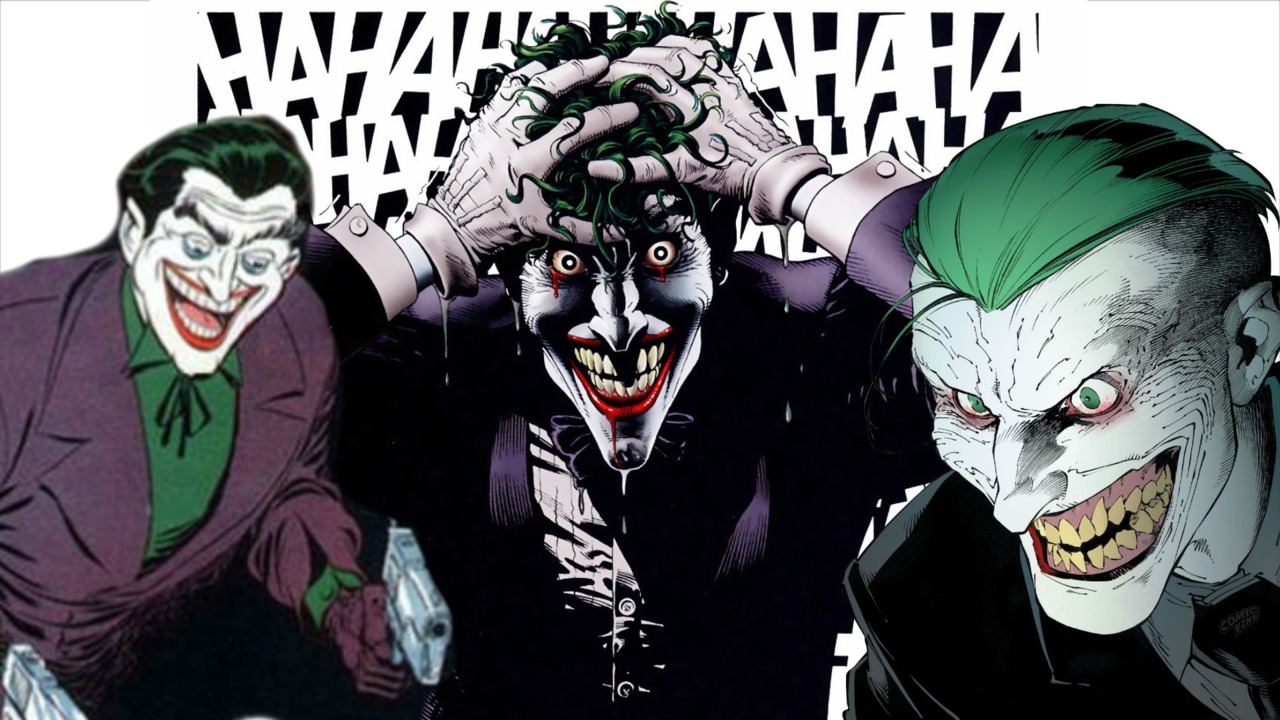 “The Joke’s Supposed to be On Batman, Not Us”

The “Worlds of DC.” It sure does have a nice ring to it, but forgive me if I’m going to need more than a rebranded title to not be skeptical.

As our editor-in-chief so passionately stated on the most recent The Fanboy Podcast, some of us DC fans are just beaten down. There have been too many rumors, false starts, and hiccups not to be. I won’t retread much on Superman — Mario covered that point incredibly well — although the fact that they’re in the midst of raining unwanted Harley Quinn projects on us and we can’t get a Man of Steel sequel is beyond maddening. How is a character from the abomination that is Suicide Squad the one to come out of this whole mess clean?

My focus is on the Joker. More specifically the new Joker. Or is it the old Joker? Semantics. The time and place is less important than the universe. The rumor floating around that Joaquin Phoenix’s version of the “Clown Prince of Crime” could be in the same continuity as Reeves’ Batman tears my sensibilities in two.

I’ll get to the why of that in a moment. First, I want to absolve Jared Leto of any wrongdoing. Yes, as I stated above, watching Suicide Squad is akin to being trapped somewhere in the middle of Dante’s version of Hell, but none of that can be pinned on him. The suits trimming him almost entirely out ensured that. I wouldn’t mind seeing what he could do with the role given material that isn’t the equivalent of a botched enema.

Side note: I’ll come back to poor Mr. Leto.

Let’s start with my reservations. Understanding that the formal timeline may not have a future for Batman is too much to bear. Affleck’s “will he or won’t he?” game leaves our current version in limbo; and the news that Reeves is aiming for a younger version of the character guarantees that — short of some psychedelic run-in with a scrunchy and leg-warmer wearing Wonder Woman in the 80s — he’ll never interact with the other heroes.

If he’s just younger, yet set within the same world, that’s fine, in theory. But I am still bothered by these essential questions: How can we continue to build a universe with Superman, Aquaman, and Wonder Woman, knowing that Batman is off in some other decade? Would we never get another moment between Batman and Superman? That would be unconscionable. There’s too much left to explore.

What excites me is Phoenix. He’s going to redefine this character for an entire generation. We had Ledger, a performance masterclass for the ages. If Phoenix brings the same level of intensity to this role as he has for films like The Master and You Were Never Really Here, there’s a distinct possibility that another actor is nominated for a major award for their portrayal of comics’ most notorious foil.

An arc of Batman facing off against the Joker, set in a gritty, bleak Gotham and directed by the genius behind the last two Planet of the Apes movies? Take my money. I don’t even need to know who’s playing Batman to jump aboard that bandwagon. There’s so much talent already.

Judging by that, you’d think I’d be content with whatever direction they take us. Alas, I can’t shake the doldrums of a future without Batman alongside the other heroes. And that future, for better or worse — and I’d say worse … so, so much worse — clearly still includes the Suicide Squad portion of the world. So how to best handle the two Jokers?

Mario’s idea that Leto could be some sort of protege to Phoenix’s Joker intrigues me. It’s a scenario rife with opportunity. Imagine an aged, battle weary Affleck having to confront the demons of his past in a newer, more demented version of his greatest adversary. An older fan theory on this subject was that Robin — whichever incarnation it may have been — became Leto’s Joker. Farfetched to be sure, but it wasn’t ever truly resolved, other than in interviews and a recent social media post. We all remember who those were with; the interviews and anything therein have been essentially retconned. So run with it. The drama in that scenario requires little to no manufacturing. “You let me die! Your were supposed to protect me!” And scene.

Listen, and I’m talking to you, WB, specifically, here: There is a treasure trove of comic book lore to mine that can make almost any plot line work, no matter how ridiculous. Geoff Johns can assist you with this. Read up.

Given the alternatives, it’s the world we DC fans deserve. We’ve suffered through your (the studio’s) bumbling for too long. It’s time you create a stable of films we can all embrace and be proud of.

Believe Mario and I, it gets lonely over here in the corner of mediocrity, unfulfilled potential, and  broken dreams. Don’t botch what should be a sure thing by alienating what’s in place. Some of us still have hope for that. And, in the kindest way possible, I ask you not to cast what’s left of that hope into the vat of pale skin, bad tattoos, and cartoonish New Jersey accents.

An aside: I don’t want to hear about Nolan. We all loves those movies. I want all of DC’s amazing heroes to get their due on the big screen the way Marvel is doing with characters only devout fans cared about 10 years ago. And, to be honest, their massive success handcuffed the interwoven films. It’s not a bad thing by any stretch to create a complete, standalone saga, but they gave DC a false sense of security in their direction. People wanted that version of Batman; they were less keen on a hyper-realistic version of Superman (As much as I love Man of Steel and Batman v Superman, I just have to accept that simple truth).